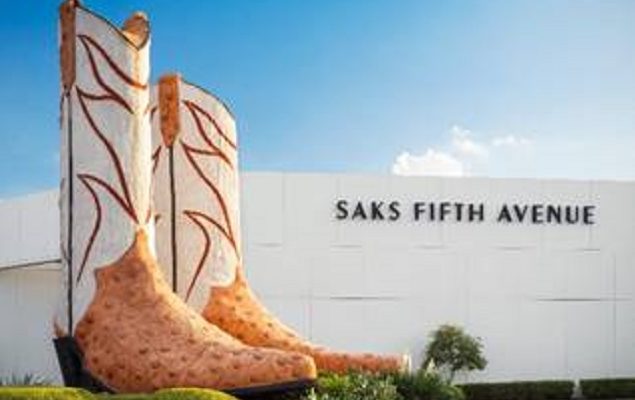 If you’ve driving on Loop 410 between San Pedro and McCullough, you can’t miss them. They’re more than 35-feet-tall and weigh about 10,000 pounds.  The huge sculpture was created in 1979 by Bob “Daddy-O” Wade, who passed away last month at the age of 76. He once said each boot could hold upwards of 300,000 gallons of beer, but nobody’s ever tried that.

Wade was 36-years-old when he was asked by the Washington project for the Arts to created a Texas -themed sculpture in an empty lot just blocks from the White House. The boots are made of tubular steel sprayed with polyurethane foam. Steel beams in the base of the boots came from turn-of-the -century buildings in Washington. D.C. that were torn down, leaving piles of rubble.

Shortly after the giant cowboy boots were created, the Rouse Company, which owned North Star Mall,  won a bidding war and purchased them for $20,000.  In 2016,  the boots were certified by the Guinness Book of World Records as the largest such sculpture in the world.

Longtime San Antonio residents may remember when KTSA was a top-40 music station, several DJ’s, including the late Ricci Ware and Bruce Hathaway, broadcast their shows from the very top of the North Star Mall cowboy boots.

Wade is known for several other giant creations, including a 40-foot long iguana on top of the Fort Worth Zoo, dancing frogs on the roof of a Taco Cabana in Dallas and a 70-foot high saxophone in Houston. He  got his “Daddy-O” nickname during his high school years in El Paso because of his slicked-back hair and 1951 hot rod.

“The North Star Mall family was deeply saddened to learn of Bob Wade, artist of the World’s Largest Cowboy Boots, passing on Christmas Eve,” said Brenda Crawford, Sr. General Manager of North Star Mall. “In his honor and memory, we are creating a commemorative Fiesta Medal that will be available in February.”

You can check North Star Mall’s website and Facebook page for details on the cowboy boots Fiesta medal.

“Bob will always be an important part of North Star Mall history. May Bob’s legacy live on through his sculptures,”said Crawford.