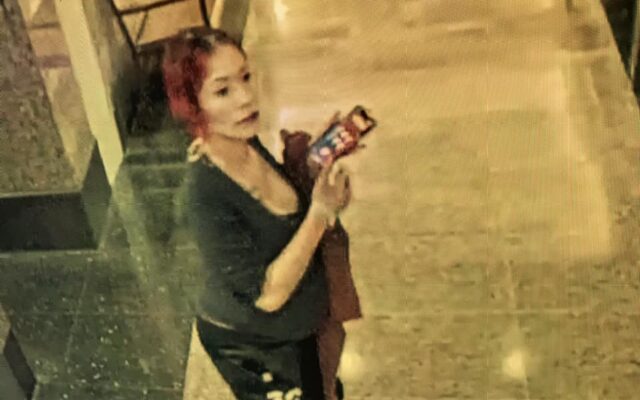 BEXAR COUNTY (KTSA News) — The search is on for a pregnant woman who walked out of a courtroom Wednesday afternoon before the judge could activate warrants for her arrest.

The Bexar County Sheriff’s Office said 25-year-old Veronica Barcena was at the 226th District Court of the Cadena Reeves Justice Center in downtown San Antonio for her hearing at around 3:30 p.m. when she decided to walk out.

She was there for DWI and DWI with a child charges, which are now active warrants for her arrest.

The sheriff’s office describes Barcena as a 5’2″ tall woman weighing about 120 pounds with red hair and brown eyes.  She was last seen wearing a grey t-shirt, black sweatpants, and a red jacket.  Additionally, she has a tattoo on her chest that reads “Julian Michael”, a tattoo on the back of her neck that reads “Barcena”, and a tattoo of flowers on her abdomen.

The sheriff’s office also described her as “noticeably pregnant”.