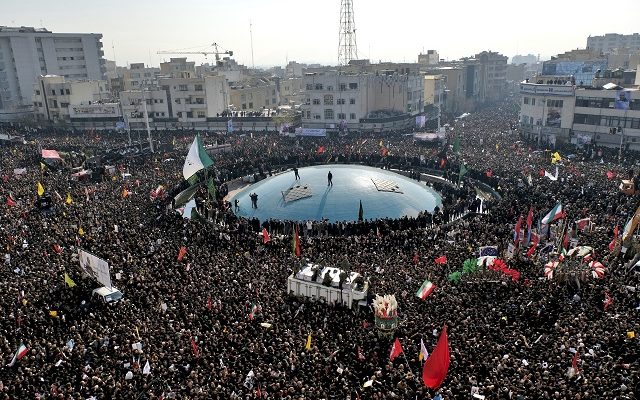 President Trump’s decision to pull out of the Iran nuclear deal has sent shock waves rolling through the region and amplified widespread public anger. After Friday Prayers in Tehran, the hardliners hit the streets, reports CBS News’ Elizabeth Palmer.

Noisy demonstrations have become tired old routine by now – designed by a regime that wants to deflect the people’s anger toward America and not on the very serious problems brewing at home. No regime loyalists would dare say it, especially to an American reporter, but Iranians are furious with their own government’s failure to deliver basics like electricity, water and decent wages.

In January, grassroots protests spread like wildfire and for the first time, angry crowds burned pictures of the previously untouchable supreme leader.

President Trump’s decision to pull out of the nuclear deal and Iran’s missile exchanges with Israel are just ramping up the pressure in a country that’s already dangerously close to boiling point. Iran says as far as it’s concerned the nuclear deal is not yet dead. Iranian Foreign Minister Javad Zarif sets off on Saturday for talks in China, Russia and Europe to see what can be salvaged.