Nurse shot dead in Philadelphia hospital by someone wearing scrubs 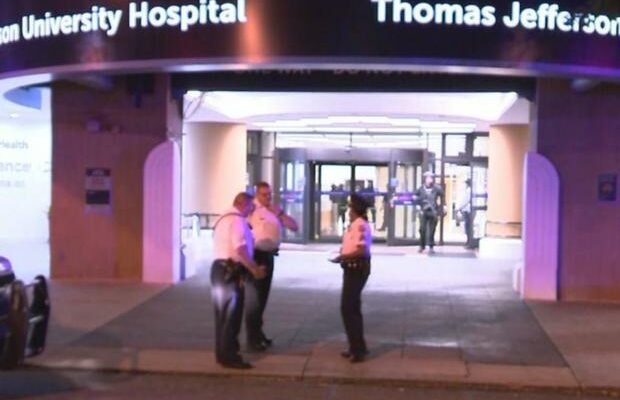 The suspect fled the hospital in a U-Haul truck and was seen heading toward I-95.

A short time later, the suspect was involved in a shootout with police near the School of the Future, a public high school in the city.

At least two officers were shot – one in the right arm and the other suffering a graze wound to the nose, according to police. Both were in stable condition.

The suspect was shot by police. His or her condition was unknown.

All three were taken to taken to Penn Presbyterian Medical Center.

The reason for the initial shooting was unclear.