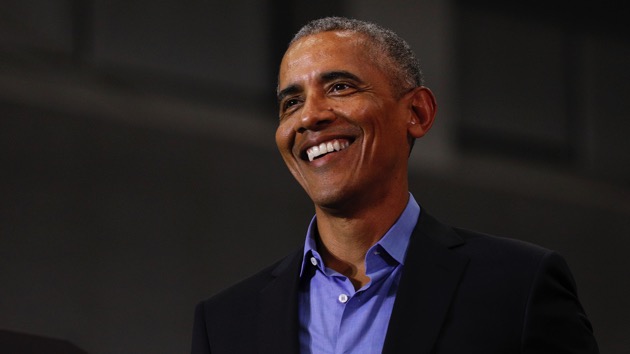 DETROIT, MI - OCTOBER 26: Former President Barack Obama speaks at a rally to support Michigan democratic candidates at Detroit Cass Tech High School on October 26, 2018 in Detroit, Michigan. Obama, and former Attorney General Eric Holder, who was also at the rally, are among approximately a dozen democrats who were targeted by mail bombs over the past several days. (Photo by Bill Pugliano/Getty Images)

(NEW YORK) — After plans to host hundreds of guests at his Martha’s Vineyard estate for a 60th birthday bash drew news media scrutiny, former President Barack Obama has decided to “significantly scale back” the affair, a spokesperson said Wednesday.

“This outdoor event was planned months ago in accordance with all public health guidelines and with COVID safeguards in place. Due to the new spread of the delta variant over the past week, the President and Mrs. Obama have decided to significantly scale back the event to include only family and close friends,” Hannah Hankins said. “President Obama is appreciative of others sending their birthday wishes from afar and looks forward to seeing people soon.”

She declined to give a new estimate of how many guests will attend the gathering.

A COVID coordinator had been slated to work the party, ensuring that all Centers for Disease Control and Prevention, state and local guidelines were followed, and collect proof of negative test results from guests, who would also attest their vaccination status.

Despite those measures, a source familiar with the decision-making process said the fast-moving COVID developments over the past week, such as rising cases fueled by the delta variant, and new CDC masking guidance for even vaccinated individuals, led to the downsizing in party plans.

“Even last Monday, things looked different than they do today,” the source said.

Obama is turning 60 on Wednesday.

Overall, the Obamas did not want to become a distraction from the Biden administration’s efforts to encourage Americans to get vaccinated, the source said.

According to the New York Times, some party guests had already arrived on Martha’s Vineyard when word of the scaled-down plans was shared.

President Joe Biden was not planning to attend the party.

“While President Biden is unable to attend this weekend, he looks forward to catching up with former President Obama soon and properly welcoming him into the over 60 club,” a Biden administration official said Monday.

The White House did not respond to a request for comment on the change of party plans.