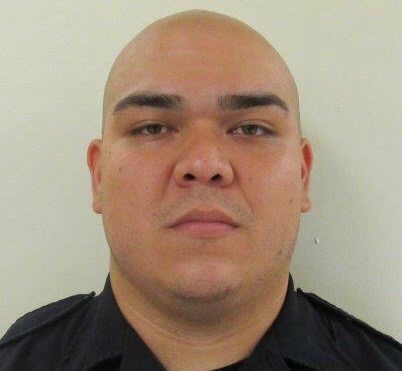 SAN ANTONIO (KTSA News) – A Bexar County sheriff’s deputy has been arrested and jailed after allegedly kicking his wife in the face.

Thirty-one-year-old John Paul Garza is charged with continuous violence against a family member and violation of a protective order in connection with the incident Sunday night. Sheriff Javier Salazar described it as a “very disturbing” case.

“He knocked her to the ground and kicked her in the face, at which point the victim’s clothes became soiled with blood,” said the sheriff. “Garza, it appears, forcibly removed her clothing in an effort to destroy evidence of the assault that had occurred, namely blood evidence that was on her clothing.”

The partially nude woman got away and ran next door to call for help.

Garza had been on unpaid administrative leave for several months and was in the process of being terminated in connection with a similar incident in February.  The sheriff says Garza assaulted the same woman.

The deputy has been employed by BCSO since 2012.   Salazar revealed that in 2013, Garza assaulted an inmate and lied about it on a polygraph. Salazar says that should have been taken care of by the previous administration, but Garza was still on the job when he took office.