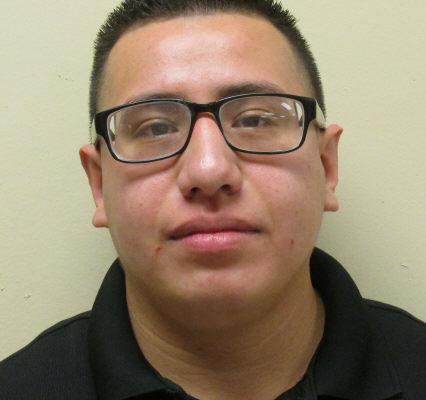 The words of Bexar County Sheriff Javier Salazar on the resignation of an off-duty civilian employee of the Sheriff’s Office.

24 year old Andrew Joel Ramos was arrested by the San Antonio Police Department for Aggravated Assault With a Deadly Weapon on Saturday.

Ramos reportedly shot a 38-year-old relative during an argument outside a laundromat at around 9:30 P.M. Saturday.

The man is in critical condition.

Sheriff Salazar initiated termination proceedings, but Ramos, who has been with the Sheriff’s Office for 3 years, chose to resign outright.

Ramos was a Clothing Technician at the Bexar County Adult Detention Center.

Sheriff Salazar says a review of Ramos’ employee file revealed that he had a previous arrest for Robbery in April of 2014. But Ramos was still hired in 2016 by the previous administration.

“Mr. Ramos’ violent arrest history shows he should have never been hired in the first place. This is why I changed our hiring standards, and they will stay where they are. I’m happy to accept Mr. Ramos’ resignation. Good riddance. I hope the victim in this case makes a full recovery.”