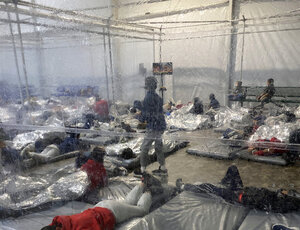 The Houston Chronicle and San Antonio Express-News report the matter arose at a Thursday hearing before a federal judge about a Bastrop facility called The Refuge.

U.S. District Judge Janis Graham Jack has been presiding over a 2011 class-action lawsuit against the state Department of Family and Protective Services that alleged that children were held in unsafe conditions.

During the Thursday hearing, she told state officials that the foster-care system “remains broken.”