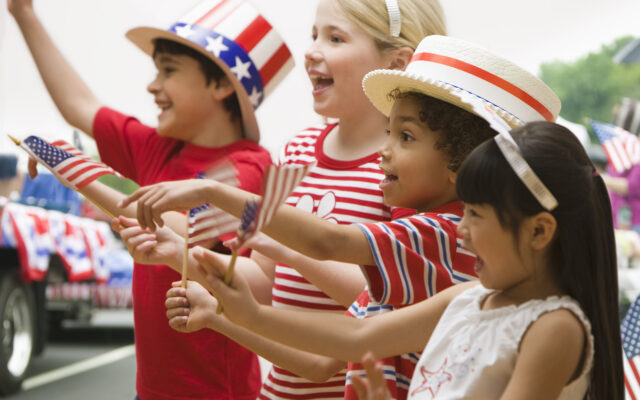 SAN ANTONIO (KTSA News) — Fourth of July celebrations are around the corner and that means many people are planning parties and stocking up on fireworks to commemorate the occasion.

The use of fireworks is restricted by the local municipalities, but unincorporated areas of Bexar County can be used with some exceptions. Bexar County Fire Marshal Chris Lopez said fireworks are prohibited in Bexar County within 600 feet of any church, hospital and school.

The City of San Antonio is so serious about the no-fireworks policy they have a hotline set up to allow residents to report illegal fireworks use. San Antonio police can lay fines up to $2,000 on offenders.

U.S. Consumer Product Safety Commission Press Secretary Patty Davis said that deaths and injuries related to fireworks are up 50% from last year after most cities canceled public fireworks displays due to the COVID-19 global pandemic.

Davis said 18 people died and more than 15,000 people were taken to emergency rooms across the country after injuring themselves with fireworks last year and the top offenders were firecrackers and sparklers. Parents should never allow kids to play with fireworks without adult supervision, including often used firecrackers and sparklers, Lopez said.

Not only do fireworks pose a safety issue when not used appropriately, but they can also cause massive damage in the event they are not disposed of properly. According to the Texas A&M Forest Service, Independence Day is one of the top days each year for reports of fires of all kinds. In 2018, fireworks accounted for an estimated 19,500 fires, including 1,900 structure fires, 500 vehicle fires and 17,100 outside fires.

Lopez said that people need to keep an eye on the debris that falls from popped fireworks, noting the debris can catch fire to roofs, foliage in gutters or onto shrubs and trees in the surrounding area. Lopez said that fireworks should be always doused in water before being disposed of in an effort to mitigate smoldering fireworks from starting dumpster fires up to hours after celebrations have ended.

“Though rains have helped decrease wildfire potential, we encourage everyone to be cautious with fireworks and outdoor activities this holiday,” Bruce Woods, Texas A&M Forest Service Mitigation and Prevention Department Head, said. “Remember to do your part, and don’t let a wildfire start.”

According to a national study, Independence Day is the deadliest holiday for driving across the country, averaging almost 450 fatal accidents per year in a three-year study.

The Texas Department of Transportation said Bexar County has the fifth-highest rate of fatal car accidents by drunk drivers across the state.

In Texas, the Department of Public Safety is mobilizing two safety enforcement operations in an effort to curb unsafe driving through the Independence Day weekend.

Operation Holiday and Operation CARE are enforcement operations DPS takes part in annually targeting people breaking traffic laws like driving while intoxicated, speeding, seatbelts and the state’s move over, slow down law that requires drivers to slow when emergency vehicles like police, fire, EMS and Texas Department of Transportation are stopped on the shoulder with emergency lights activated.

In 2020, DPS issued almost 16,000 speeding tickets and warnings, more than 1,100 over seatbelt and child safety restraint violations, more than 7,000 for not slowing down for emergency services in addition to 308 DWI citations.

There are plenty of places to watch fireworks around town including the City of San Antonio Fourth of July Celebration at Woodlawn Lake Park, the Fourth of July Spectacular at Landa Park in New Braunfels and more.