One Bexar County jail inmate killed, another dead from COVID-19 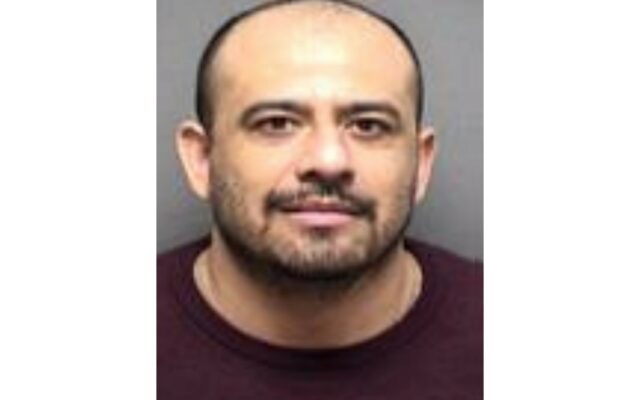 Photo courtesy of the Bexar County Jail / Vincent Garcia was murdered by two other inmates over the weekend.

29-year-old Vanessa Estrada died Saturday after suffering from complications from a COVID-19 infection.

Estrada tested positive for the virus on January 4 and was hospitalized on Jan. 24 after her condition worsened.

Officials said that complications from COVID and a pre-existing case of Tuberculosis contributed to her death.

She was booked into jail on December 6 for assault.

“These three were in an area where we kind of sequester all of the Mexican Mafia members,” Salazar said. “They are lumped together for classification purposes quite frankly to try to keep the issue isolated.”

The jail reportedly has “upwards of about 400” known members of the Mexican Mafia and close associated groups.

Salazar said that Garcia reported to jail staff that he was “uncomfortable living in the unit.” An officer was in the process of investigating the claims when Lerma and Tavera picked the lock from their cell and assaulted Garcia while he was standing near the officer’s duty station.

Officials reported the unit officer was able to remove Garcia from the assault while Lerma and Tavera were detained. Garcia was discovered to have been stabbed multiple times after he was separated from the other inmates.

He died at 7:07 a.m. despite life-saving measures, officials said.

Garcia had been in custody since August 6 on charges of aggravated robbery.

Tavera has been in custody since November 9 on charges of possession of a controlled substance and evading arrest.

Lerma has been in custody since September 12 on charges of aggravated assault with a deadly weapon involving family.

Tavera and Lerma will both faces additional murder charges.

“I’ve said it before that we are seeing a more violent type of inmate in this jail,” Salazar said. “And that number continues to go up. Add to that our court systems and our prison systems just aren’t moving with the efficiency that we need them to [and] our inmate population continues to climb.”

Salazar said officials discussed spreading known gang members out to avoid these types of assault, but that there will be no changes to current policy.

“Because then basically you’re spreading the cancer at that point throughout the facility,” the Sheriff said. “And so we’re going to continue to lump these folks together.”

The department is investigating how the inmates were able to break free of their cell. The sheriff said that, unfortunately, that information is very easy to come by online.

“These doors are something that we’d love to be able to say, well, we’ll just throw an extra lock on every door in the building,” Salazar said. “But that’s millions of dollars that I just don’t know that we’ve got in the county budget.”