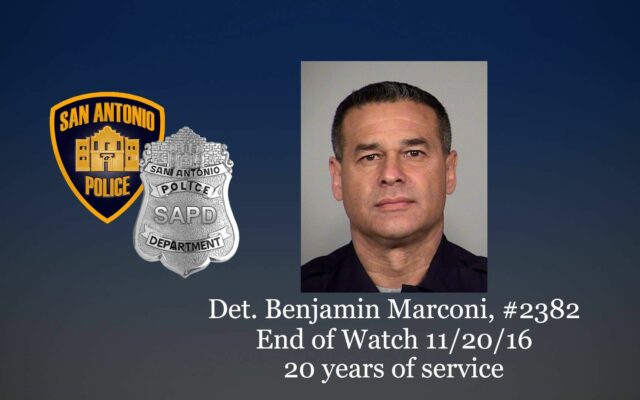 Court proceedings will start daily at 9 a.m. in the 379th District Court, presided by Judge Ron Rangel. The trial is expected to last at least two weeks.

According to police, Marconi was shot in the head twice while sitting in his patrol vehicle issuing a traffic citation to another person outside of San Antonio Police Department Public Safety Headquarters.

Otis McKane was identified as a suspect and arrested 30 hours after Marconi was murdered.

“I’ve been through several custody battles, and I was upset at the situation I was in, and I lashed out at someone who didn’t deserve it,” McKane said while walking into the courthouse for booking past television cameras in a recording released by KENS-TV. “I just want to see my son.”

In a video confession, McKane is reportedly told the lead detective that he “wanted the police department to feel the burn he had in his heart.” Later, he told a reporter at KSAT that he was being falsely accused and claimed that crimes dating back to 2006 were the case of mistaken identity.