Outcry after more than 1,400 dolphins killed in Faroe Islands 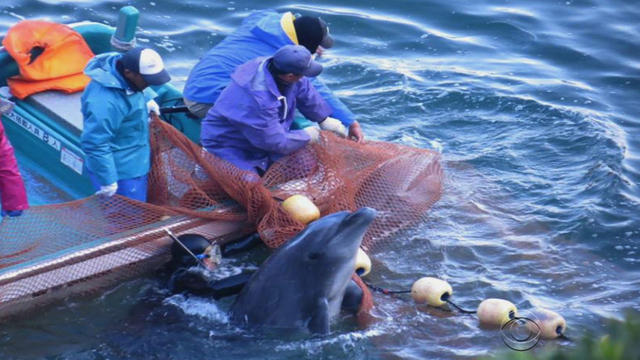 A conservation group’s account of more than 1,400 dolphins being slaughtered over the weekend in the remote Faroe Islands has drawn a huge outcry online. Hunting for sea mammals is a common and regulated practice in the islands, which are a self-governing region of Denmark, but a government official says a “big mistake” led to the killing of far more animals than expected.

Sea Shepard Global, an international ocean conservation group, reported that on Sunday night, a super-pod of 1,428 Atlantic white-sided dolphins were killed off the Faroe Islands. The activists said hunters used speed boats and jet-skis to drive the dolphins into shallow water where they were killed.

On Sunday night a super-pod of 1428 Atlantic White-Sided Dolphins was driven for many hours and for around 45 km by speed boats and jet-skis into the shallow water at Skálabotnur beach in the Danish Faroe Islands, where every single one of them was killed. https://t.co/uo2fAPhCDq

Olavur Sjurdarberg, chairman of the Faroese Whalers Association, confirmed the killings to the BBC, saying that while the number of dolphins killed was excessive, it was accidental.

“It was a big mistake,” he told the BBC. “When the pod was found, they estimated it to be only 200 dolphins.”

Sjurdarberg said hunters did not know the size of the pod until after they started killing, but that “somebody should have known better.”

He said the hunt had been authorized by Faroese authorities, contradicting claims by Sea Shepard that the proper officials were “never informed and therefore never authorized the hunt.” The activist group also said that many participants of the hunt did not have a license.

Faroe Islands media outlet Kringvarp Føroya said 500 people and 50 boats had signed up to be a part of the hunt.

Obtaining a license to hunt sea mammals in the islands requires specific training on how hunters are supposed to kill their catches to abide by animal welfare legislation. Videos of the hunt posted by Sea Shepard show many of the dolphins were still moving after being placed on shore alongside dead animals.

The hunting of dolphins and whales has been common in the islands since the time of the Vikings. Whale drives, which can be authorized at any time of year, are meant to provide food and are “fully regulated by law and regulations,” the government says. Whatever is caught is distributed free of charge to island residents.

According to the government website, all sea animals hunted “must be killed as quickly and efficiently as possible.”

“Whales are killed on the shore and in the shallows of bays especially suited and authorized for the purpose, under the supervision of locally elected officials and by people with a required license,” the website says.

The Faroese catch an average of 600 pilot whales annually, according to government data. From 2000 to 2020, no more than 773 white-sided dolphins were caught in a single year.

CBS News has reached out to the government of the Faroe Islands for further comment.

The hunt has drawn a massive backlash on social media, with some calling the large-scale killing of dolphins “barbaric.”

In a video message, animal welfare activist Dominic Dyer called the hunt a “barbaric killing for fun dressed up as culture.” He said a protest would be held in London in October to raise awareness about the hunting of sea mammals.

“It’s an absolute disgrace,” Dyer said. “And Denmark needs to be held for account for this… It’s disgusting. It shames the world.”