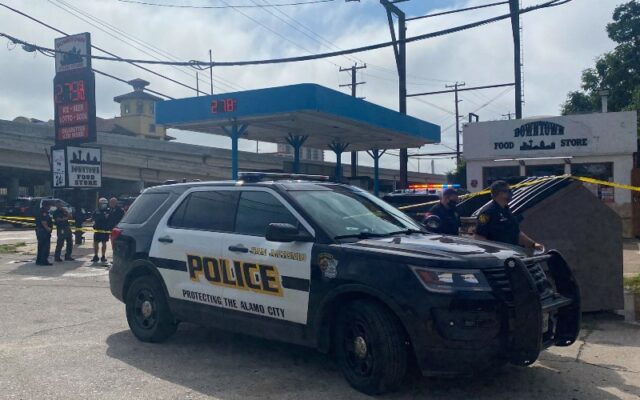 KTSA News/Katy Barber San Antonio police are investigating after a man was shot outside of a gas station in downtown San Antonio on Thursday, October 14, 2021.

From January to October 2022, there was a substantial rise in the number of crimes against property, against people, and against society.

Crimes against property, including burglary,robbery, stolen property and motor vehicle theft were up more than 15%.

Crimes against people, including assault, homicide and human trafficking climbed 4.24%

One of the more startling statistics is the nearly 67% increase in homicides this year over last.