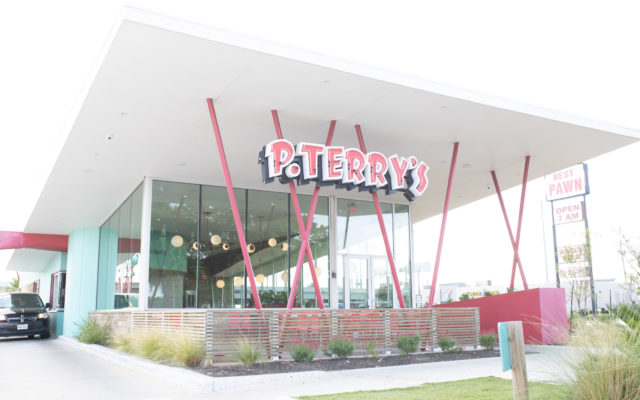 The burger chain announced Tuesday it will be opening its first San Antonio location at the corner of Fredericksburg Road and Wurzbach Road this fall.

P. Terry’s touts its all-natural burgers, fries and shakes that it currently sells at 15 locations in Austin and one in San Marcos.  The company is also planning to open locations in Georgetown, Pflugerville and Austin in addition to the northwest San Antonio location in 2020.

“This year, as we continue to dip our toe outside of the Austin market,” founder Patrick Terry says, “it should give us a good barometer for future growth in Central Texas and beyond.”

“We’re very excited to bring P. Terry’s to the good people of San Antonio,” says CEO Todd Coerver. “The Medical Center location will be the first of several we plan to open there over the next couple of years and we look forward to being a valued member of the San Antonio community for many years to come.”

Hiring at the San Antonio location is expected to begin this summer.

P. Terry’s will be entering a market that contains favorites it already battles in Austin like San Antonio-based Whataburger and California-based In-N-Out Burger; though it will also be competing against San Antonio’s Burger Boy which has been recently rolling out its own expansion push across the Alamo City.