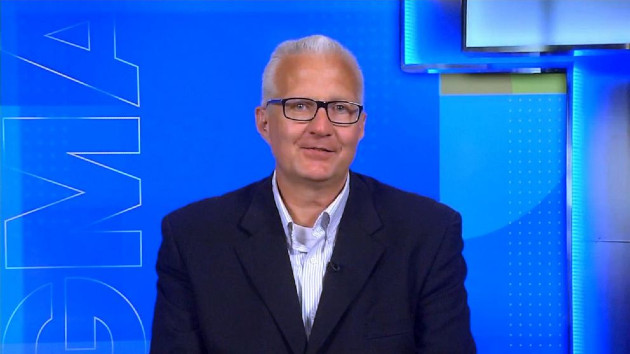 (NEW YORK) — The family of former U.S. Marine Paul Whelan, who has been detained in Russia for more than three years, said they now have “a little bit of hope” after learning that the United States has offered a prisoner swap to bring home Whelan as well as another jailed American, professional basketball player Brittney Griner.

“The offer that the U.S. government has made — and extraordinarily made public — is super. Hopefully the Russian government will take the concessions that have been made and allow Paul to come home,” Paul Whelan’s twin brother, David Whelan, told ABC News’ Robin Roberts during an interview Thursday on Good Morning America.

It’s the first time the Whelan family has spoken out since U.S. Secretary of State Antony Blinken announced Wednesday that he will hold a call with Russian Foreign Minister Sergey Lavrov “in the coming days” and a critical topic of discussion will be securing Whelan and Griner’s freedom. Blinken revealed that the U.S. government had already “put a substantial proposal on the table weeks ago to facilitate their release” and remains hopeful for a breakthrough on their cases.

Three sources familiar with the offer confirmed to ABC News that the U.S. had proposed exchanging convicted Russian arms dealer Viktor Bout in order to secure Griner and Whelan’s release from Russia. CNN was first to report this plan.

“We speak to people in the State Department and the National Security Council on a regular basis, but not to this level of detail. I think we were all taken by surprise yesterday when the announcement was made,” David Whelan said. “And it’s nice also to know that the offers are being made — that perhaps this is the only one that’s been made public, but there may have been other offers made in the past by the U.S. government.”

Paul Whelan, a 52-year-old former Marine and Michigan-based corporate security executive, has been held in Russia since his December 2018 arrest on espionage charges, which both he and the U.S. government claim are false.

Griner, a 31-year-old Houston native and star center for the Phoenix Mercury, was returning to Russia to play in the WNBA’s offseason when she was detained at Sheremetyevo International Airport in the Moscow suburb of Khimki on Feb. 17, after being accused of having vape cartridges containing hashish oil, which is illegal in the country. The two-time Olympic gold medalist has been held in Russia ever since and is currently on trial for drug charges.