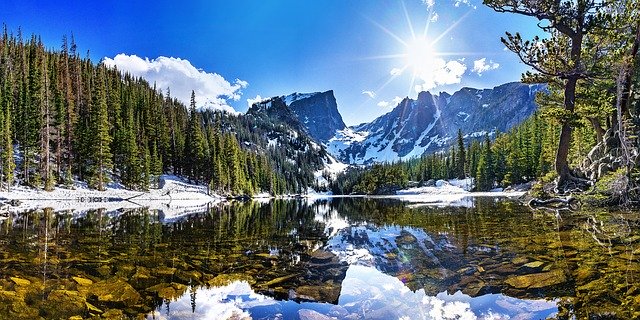 Gunnison County is south of Aspen in western Colorado.

Paxton wrote to the county’s department stating such an order is “patent discrimination against non-resident homeowners — including Texans who own homes in Gunnison County — runs afoul of the United States Constitution.”

The attorney general — in a letter sent from his staff by email Thursday — stated The Privileges and Immunities Clause of the constitution guarantees that a citizen of one state be “treated as a welcome visitor” to another rather “than an unfriendly alien when temporarily present in another state”.

Additionally, the attorney general said that same clause permits nonresidents from other states to acquire and enjoy property.

“While I applaud several measures Gunnison County has taken to ensure the health and safety of its citizens, the banishment of nonresident Texas homeowners is entirely unconstitutional and unacceptable,” said Attorney General Paxton in a statement. “To unlawfully prevent Texans from inhabiting or enjoying property that they own, regardless of its location within the U.S., is a blatant violation of our Constitution.”

The county argues — according to the attorney general’s office — that nonresident homeowners should be barred from being in the county because they may use local resources like grocers and healthcare services during the coronavirus pandemic.

The county said it allows nonresident homeowners to apply for exemptions, but the attorney general argues there is no criteria for who could be exempted and who could not.

Paxton’s office is asking the county modify its order “to protect the rights of non-resident homeowners.”