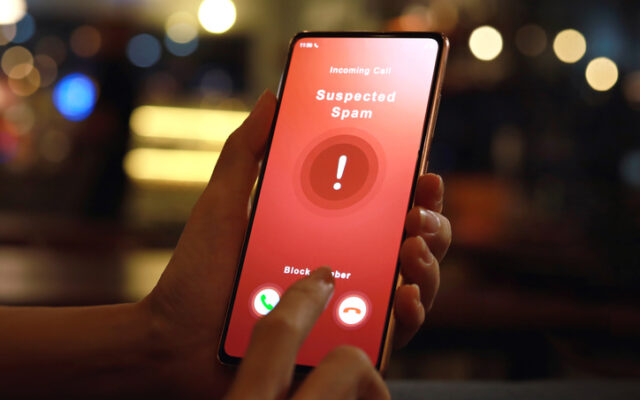 A woman receiving an incoming suspected spam call on her phone. The network provider detect the scam and show warning sign, woman rejects the call.

The letter comes after the FCC put new laws in place on gateway providers, which are the port of entry for foreign illegal robocalls entering the US, in May 2022.

But now Paxton, along with 50 other Attorneys General, want the FCC to apply similar laws to US-based intermediate voice providers that would help identify and authenticate calls coming in to a given phone number.

Another tool would be a 24-hour traceback requirement that would help law enforcement track down the source of illegal calls.

As the letter states: “State AGs also fully support the Commission’s proposal to expand to all domestic providers the requirement to implement affirmative and effective mitigation practices. The Commission’s current proposal to require all U.S.-based intermediate providers to implement both STIR/SHAKEN authentication protocols and robocall mitigation practices are common-sense next steps in the effort to meaningfully mitigate illegal and fraudulent robocall traffic on a larger scale.”

You can read the entire letter to the FCC by clicking here.