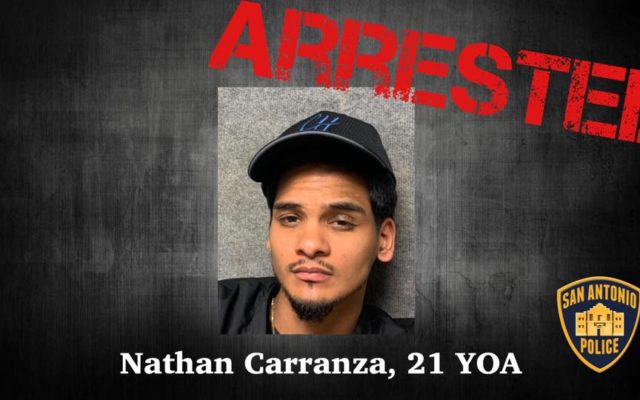 SAN ANTONIO (KTSA News) -A man accused of damaging a church and rioting in downtown San Antonio Saturday night has been arrested in the city’s South Side.

Carranza was arrested Tuesday evening off of IH 35 and Theo. He’s charged with criminal mischief and rioting, which are felony offenses.   Pruneda told KTSA News the charges were elevated because three uniformed officers were injured during the rioting.

She says Carranza “was associated with the offense that involved uniformed officers being injured, and because of that, the offense is increased to that of a third-degree felony.”

Four other suspects were arrested and charged with rioting, in addition to other offenses, following the George Floyd protests Saturday evening.

The San Antonio Police Department is asking anyone with information on individuals involved in the vandalism downtown last weekend to  contact them here.