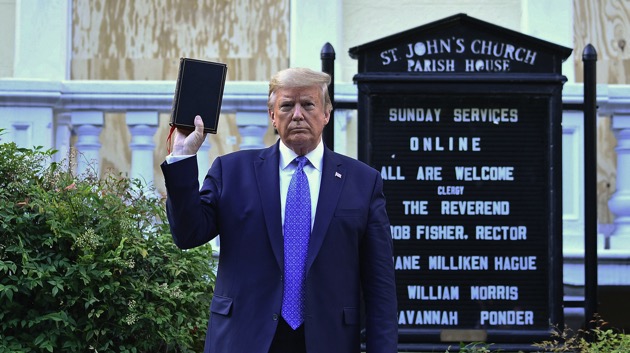 US President Donald Trump holds up a Bible outside of St John's Episcopal church across Lafayette Park in Washington, DC on June 1, 2020. - US President Donald Trump was due to make a televised address to the nation on Monday after days of anti-racism protests against police brutality that have erupted into violence. The White House announced that the president would make remarks imminently after he has been criticized for not publicly addressing in the crisis in recent days. (Photo by Brendan Smialowski / AFP) (Photo by BRENDAN SMIALOWSKI/AFP via Getty Images)

(WASHINGTON) — U.S. Park Police did not clear Lafayette Park and the nearby area of protesters on June 1, 2020, so President Donald Trump could walk from the White House over to St. John’s Church, but learned of his interest in surveying the site hours after they already had begun planning to clear the area to put up new fencing, according to a new watchdog report.

The Interior Department’s inspector general did not determine whether law enforcement acted inappropriately against demonstrators last year, but found that poor communication between agencies and ineffective dispersal warnings “may have contributed to confusion during the operation and the use of tactics that appeared inconsistent” with initial plans.

The office also concluded that the Park Police officers acted within their authority to begin clearing Lafayette Square before the city’s 7 p.m. curfew, a move that was widely criticized at the time as having contributed to the chaos and confusion at the scene.

But it does not explore why so many officers used as much force as they did against peaceful protesters in the area that day – or dig deeper into the actions of the Secret Service and other federal entities on the ground.

Regarding claims of violent tactics used against protestors, the report said only that “individual uses of force” by Park Police officers “are the subject of separate inquiries or ongoing lawsuits.”

Given the narrow focus of its report on whether the U.S. Park Police exceeded its authority on June 1, the inspector general did not seek interviews with other key agencies and senior Trump administration officials, including leaders of the Secret Service, White House aides, or Attorney General Bill Barr.

The report recommended the Park Police create new policies for handling and dispersing crowds, and improve coordination in the field between law enforcement partners.

“We believe that if the DOI implements the recommendations from our review of the events of June 1 in Lafayette Park to future activities, USPP efforts to protect these locations and those who visit them will improve for similar operations,” Greenblatt wrote in a statement.

The DOJ inspector general and the Government Accountability Office, another federal watchdog agency, are conducting their own inquiries into law enforcement responses to protests in Washington and around the country last summer, and there are several federal lawsuits against Trump over the forced clearing of the park outside the White House.

In response to the IG report, Interior Secretary Deb Haaland — who was critical of the operation as a Democratic member of Congress last year — said the department planned to create a task force to review its law enforcement programs, and policies around body cameras and use of force. 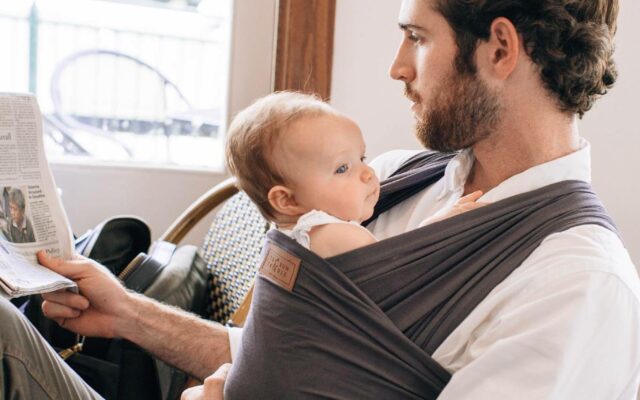