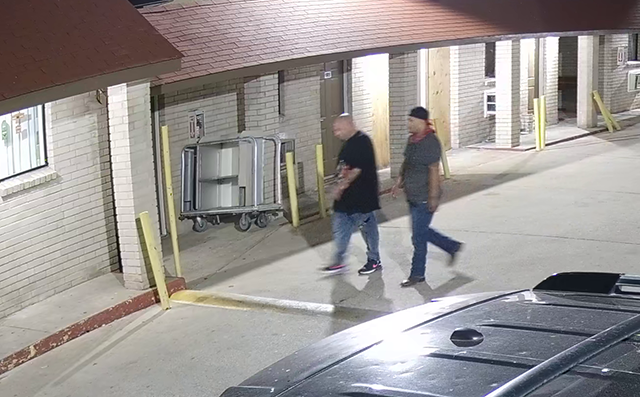 If you know who these people are, you as asked to contact the San Antonio Police Department at 210-207-7635.

SAN ANTONIO (KTSA News) — Police are investigating a shootout that took place at a Southside hotel.

It was around 2:30 A.M. Thursday at a motel on Roosevelt Avenue.

Shots were fired by one man soon after he walked into a room.

He ran away but only got to nearby gas station where he was shot in the hip.

When the gunfire was over three people had been hit. One of the gunshot victims, a man in his 40’s died at a nearby hospital. The other two are expected to survive.

There’s been no information released on why the fight started.