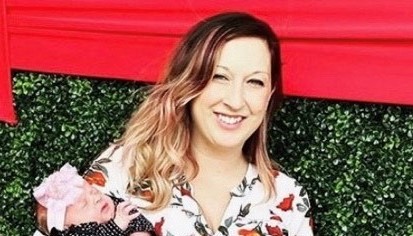 Police in Austin are searching for a mother and her infant who went missing four days ago, CBS DFW reports. Police say Heidi Broussard, 33, was dropping off a child at Cowan Elementary School Thursday morning with her 2-week-old child, Margot Carey. Detectives believe Broussard and Carey went back to their apartment afterward.

Carey’s father, Shane Carey, said when he came home to the apartment around 2 p.m. that same day, nothing seemed out of place.

“Her car… everything’s at the house. The baby stuff… everything,” he said. “Nothing’s gone except her and the baby.”

A missing persons report has been filed for both Broussard and Carey.

The Austin Police Department also tweeted a photo of Broussard from Thursday morning at Cowan Elementary School. “The clothing pictured is what she is believed to have been wearing when she was last seen,” police said.

Anyone with information on their whereabouts is asked to call the Austin Police Department.