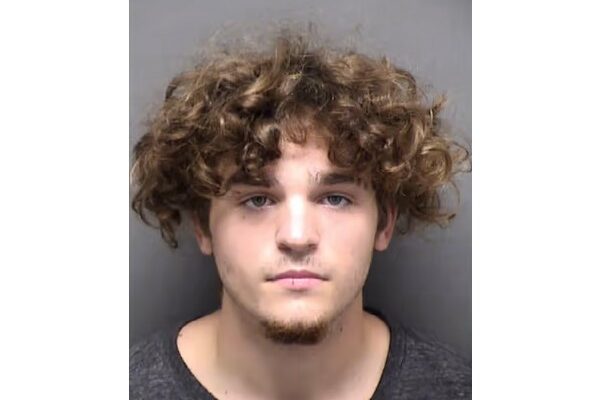 SAN ANTONIO (KTSA News) — Alamo Heights police say that a 17-year-old is accused of attempting to run over an officer yesterday.

According to police, Cameron Sell was part of a group that was reported to police for walking through the Olmos Basin trail while carrying a firearm.

Police responded on Viesca Street near the Judson Nature Trails Trailhead and an officer reportedly observed a woman in the group taking a selfie while holding “a silver handgun with an extended magazine.”

Reports state that the group got into a vehicle driven by Sell and the Alamo Heights police officer parked a patrol vehicle behind the suspect’s car to block them from leaving.

According to police, when the officers approached the vehicle and demanded they get out of their car, Sell reportedly put the vehicle in reverse and backed up “with no regard for officer safety.”

Sell reportedly sped toward the patrol vehicle and one of the officers who was standing nearby. The officer drew his firearm and pointed it at Sell, police said, and he was described as “smiling with great excitement from ear to ear as he made eye contact” with him.

Sell is accused of turned away from the patrol vehicle allowing the officer to turn sideways to avoid being hit.

Police said they were not able to immediately find Sell, but were eventually able to identify him because the vehicle he was driving is registered to a parent.

He was arrested and charged with felony attempted aggravated assault of a public servant and evading arrest with a vehicle. His bond was set at $50,000.