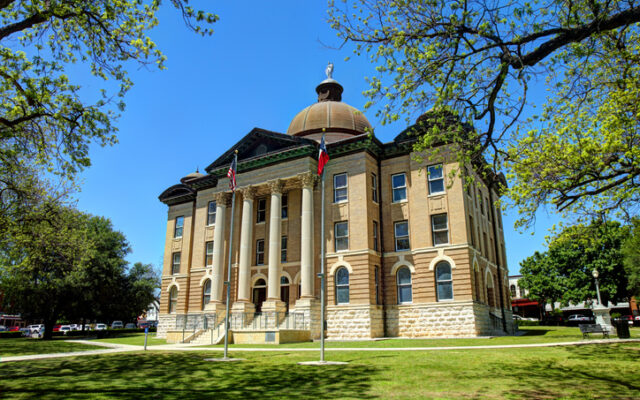 San Marcos is a city in the U.S. state of Texas, within the Austin–Round Rock–San Marcos metropolitan area.

AUSTIN, Texas (AP) — Texas State defensive back Khambrail Winters has been fatally shot in San Marcos, Texas, and two men have been arrested and charged in the killing, officials said Wednesday.

Police officers responded to calls of shots fired at the Lodge Apartments in San Marcos on Tuesday evening after what witnesses described as a drug deal gone wrong, according to a statement from the San Marcos Police Department and city officials.

The officers found Winters with a gunshot wound to the chest. San Marcos police, Hay County EMS and San Marcos Fire Department personnel began lifesaving efforts but were unsuccessful, officials said. He was pronounced dead at the scene.

Witnesses told police that Winters, Enalisa Blackman and Michael Ifeanacho went to the apartment building with the intention of buying marijuana, the police statement said. Winters was shot and killed during the deal.

Police arrested Blackman and Ifeanacho, who have been charged with capital murder. Both are being held at the Hays County Jail.

An investigation is ongoing and police are hoping to identify two other people involved as well as other witnesses. Investigators are looking at surveillance video in the area but cameras at the apartment building were not working, the statement said.

Texas State football coach Jake Spavital said he shared the news of Winters’ death with his teammates Wednesday morning and that they are deeply saddened.

“We will stand together as a team and support one another during this difficult time,” Spavital said in a statement. “Our thoughts and condolences are with Khambrail’s family and loved ones.”

Spavital said the coaches and team would meet this week to discuss how to proceed.

Officials said Winters’ killing is the third homicide reported in San Marcos in 2020.