Police veteran among 2 officers injured after violent incident at station 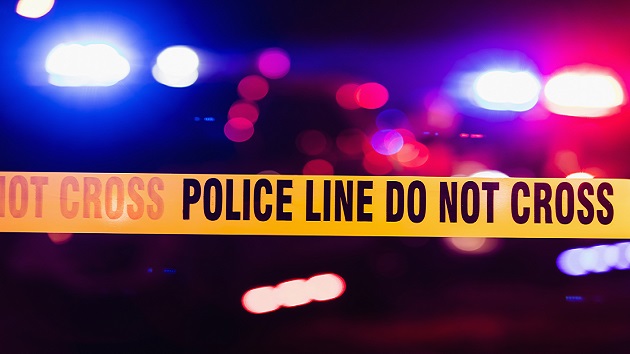 (LOS ANGELES) — A Los Angeles Police Department Harbor Division veteran with more than 30 years of experience is recovering in the hospital this morning after a violent encounter with man inside the police station late Saturday night.

The incident happened shortly before 10 p.m. at the Harbor Station in San Pedro, California, when, an individual described as a Hispanic male who was approximately 29-years-old walked into the station and the officer went to meet him in the lobby area. An altercation then allegedly began after a brief discussion and, according to the Los Angeles Police Department, the officer’s weapon was taken from him and rounds were fired by the individual at the officer.

“Fortunately, the officer was not struck by those rounds,” Police Chief Michel Moore said during a press conference.

The suspect then fled the station after the incident in a white pickup truck when a short pursuit occurred. It was when the suspect was being apprehended that another brief altercation ensued and that officer was injured in the confrontation.

According to the LAPD, the arresting officer may have injuries similar to being pistol whipped. The officer is now resting comfortably at a local area hospital.

The suspect was taken into custody. A gun was recovered from the scene which belonged to the desk officer who was assaulted at the police station. The suspect also sustained injuries and was taken to the hospital. He will subsequently be released and booked on appropriate charges.

“I am grateful that the officer who was in this incident tonight, who was working the desk, came out to assist this individual to understand what his needs were, that he survived,” Chief Moore said.

Chief Moore said the officer is “resting” and is “comfortable” after suffering several injuries consistent with being “pistol-whipped or assaulted.”

Early reports indicating that the desk officer suffered a gunshot wound which were incorrect.

More information is expected to be released later today as the investigation remains ongoing.

“Sending my best wishes for a quick and full recovery to our @LAPDHQ officer injured in an incident at the Harbor Station tonight,” Los Angeles Mayor Eric Garcetti tweeted .The officer is in stable condition and we’re closely monitoring the situation.”

The officer involved in the incident has yet to be identified and additional information about the shooting incident was not immediately released.

The shooting comes after two Los Angeles County sheriff’s deputies were shot in an apparent ambush earlier this month while sitting in a patrol car parked near a metro stop in Compton, California.