Police: Woman killed in southside standoff may have been struck by police gunfire 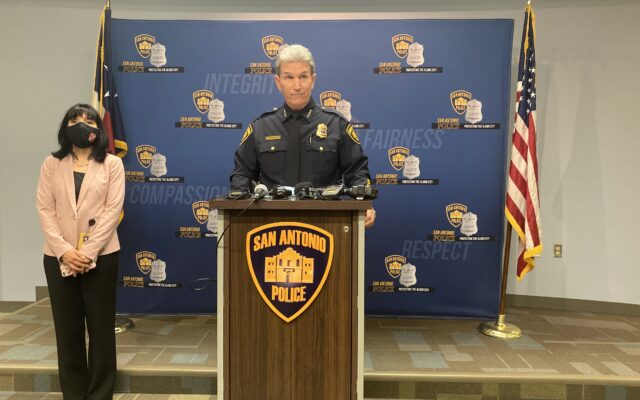 SAN ANTONIO (KTSA News) — San Antonio Police Chief Bill McManus said a woman who was killed Monday night may have died after she was struck by a bullet shot by police.

McManus said 29-year-old Neida Tijerina and her three children were part of a hostage situation in an apartment on the south side of town. Her common-law husband, 28-year-old Angel Sanchez, was reportedly suicidal and told family he was going to kill Tijerina and then himself.

McManus said Sanchez has a history of domestic violence and was armed with a shotgun and wearing body armor on Monday night when police arrived.

Hostage negotiators and SWAT were assisting police Monday night when Sanchez reportedly stood on the balcony of a second story multiple times while armed, including taunting and pointing his gun at officers.

McManus said Tijerina exited the apartment once during the hostage situation, but refused to evacuate because she could not safely bring her children with her.

Sanchez reportedly brought his 3-month-old infant on the balcony with him at one point before returning the child inside and bringing his weapon out again to taunt officers.

Police opened fire and officials said Sanchez was wounded, allowing officers to converge on the apartment.

McManus said Tijerina was found dead inside the apartment and physical evidence suggests she died when police opened fire, but are waiting for still confirmation from the Bexar County Medical Examiner’s Office.

Sanchez is charged with three counts of aggravated assault on a public servant.