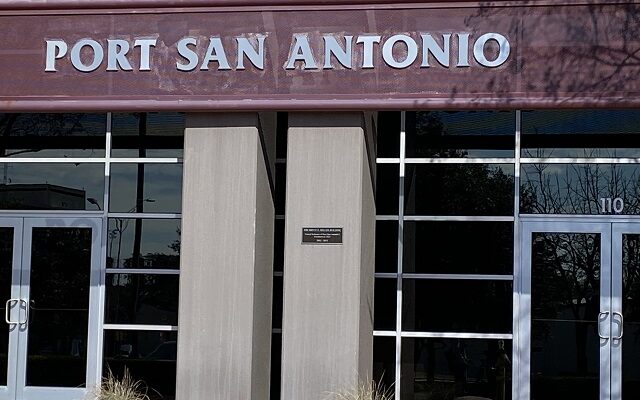 SAN ANTONIO (KTSA News) The Air Force has selected Port San Antonio as one of six finalists for the U.S. Space Command headquarters.

“The Department of the Air Force will find no better location for the U.S. Space Command than Port San Antonio,” said Gov.  Greg Abbott. “Not only does the state of Texas have the resources, universities, and human capital necessary to support the Space Command, but we are also enriched by our long-standing and celebrated tradition of military service and innovation in Texas. I strongly urge the Department of the Air Force to choose Port San Antonio as the home of the U.S. Space Command.”

In June, the Governor sent a letter to Assistant Secretary of the Air Force John Henderson thanking him for considering Texas as the location for the U.S. Space Command headquarters.

“Military City, USA is as patriotic a city as they come with robust defense, education training, research, and cybersecurity infrastructure at the ready.  Texans have already demonstrated outsized success in the military and have led the way in space exploration.  San Antonio would be a natural fit for the U.S. Space Command to take advantage of the vast resources and skilled workforce we have in the Lone Star State.”

“We are honored to be on the short list for the U.S. Space Command headquarters, and I am confident that we will make a strong case for locating it in Military City, USA,” said Mayor Ron Nirenberg.  “San Antonio is well positioned for the headquarters considering our many military and community assets, as well as the team approach that we will put to work to land this historic and important command.”

City Manager Erik Walsh says being selected as a finalist highlights the city at a national level.

“The focus of our Office of Military and Veteran Affairs is to advocate for growth of the military missions in San Antonio, and I can’t overstate our investment and support for the military in our community,” said City Manager Erik Walsh. “San Antonio is uniquely qualified and more than capable of hosting the U.S. Space Command Headquarters.”

The Department of the Air Force will conduct both virtual and on-site visits at each candidate location to assess which location is best suited to host the U.S. Space Command Headquarters. This assessment will be based on factors related to mission, infrastructure capacity, community support, and costs to the Department of Defense.

“This is a great accomplishment for our city,” said City of San Antonio Director of Military and Veteran Affairs Maj. Gen. Juan Ayala, USMC (Ret.). “We will work with the San Antonio Economic Development Foundation, Port San Antonio and other community partners to ensure we are prepared to host the Air Force’s survey team. I am confident that we will not only meet, but exceed, all the requirements needed to host the command.”