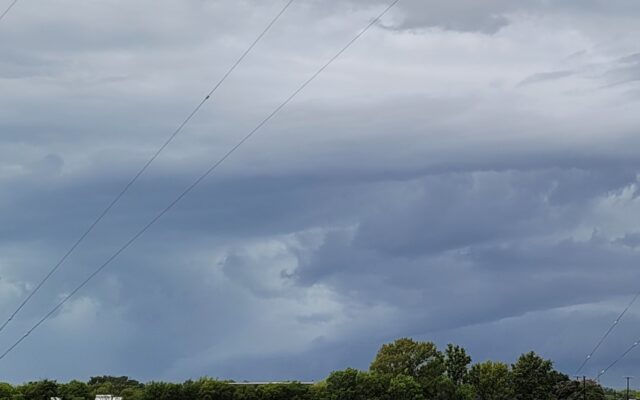 SPRINGDALE, Ark. (AP) — Severe storms and a possible tornado damaged buildings and downed power lines in northwest Arkansas early Wednesday as tornadoes and hurricane-force winds were forecast in much of the Deep South, a week after severe storms struck the New Orleans area.

There were no immediate reports of injuries from Wednesday morning’s storms that hit in Springdale, about 145 miles (235 kilometers) northwest of Little Rock, and prompted tornado watches and warnings.

The Storm Prediction Center in Norman, Oklahoma, said all of Mississippi and parts of Alabama, Arkansas, Louisiana and Tennessee were at the greatest risk for severe weather Wednesday. More than 8 million people live in the area at greatest risk, which includes the cities of Memphis, Tennessee; Baton Rouge, Louisiana; Jackson, Mississippi; and Montgomery, Alabama.

The worst weather was expected in the afternoon Wednesday — unlike last week’s New Orleans tornado, which struck overnight and killed a man.

A tornado watch was issued for most of Arkansas, northern Louisiana, southern Missouri, southeastern Oklahoma, and northeast Texas through early Wednesday afternoon. Forecasters said tornadoes were likely, along with isolated wind gusts of 80 mph (130 kph) or higher.