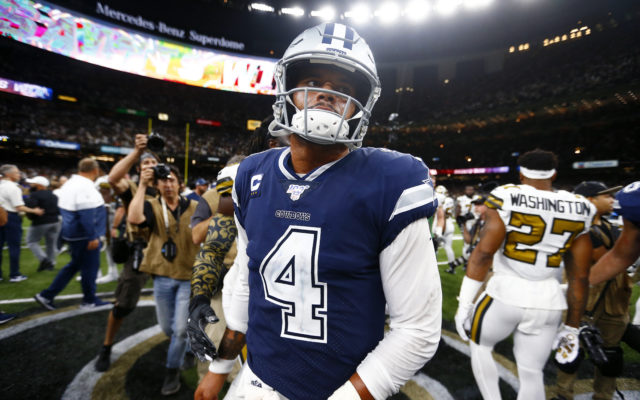 By ANDREW SELIGMAN AP Sports Writer
The Dallas Cowboys have lost six of nine since a 3-0 start, and all star quarterback Dak Prescott cares about is finding a way to win consistently again. They will try to get headed back in the right direction when they visit the Chicago Bears on Thursday night in a matchup between disappointing 6-6 teams that made the playoffs last season. The Cowboys came into the season with high expectations after winning the NFC East, and they looked like they were ready to deliver in the early going. Dallas averaged 32 points and 481 yards in its first 3-0 start since 2008, winning each of those games by at least 10. But in recent weeks, the team with the NFL’s leading passer and No. 1 offense is having trouble scoring.