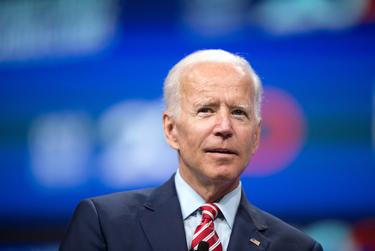 Joe Biden at the National Education Association presidential forum in Houston on July 5, 2019. Credit: Michael Stravato for The Texas Tribune

WASHINGTON – President Joe Biden plans to come to Texas on Friday in the wake of extensive winter storm damage in the state.

The president and First Lady Jill Biden will travel to Houston, according to a White House announcement. Biden has engaged from afar with state and local officials but stated a reluctance to come to Texas too soon because he didn’t want his traveling entourage to pull resources from the crisis at hand.

“When the president lands in a city in America it has a long tail,” he told reporters on Friday.

At a briefing soon after the announcement, White House Press Secretary Jen Psaki told reporters that Biden would “meet with local leaders to discuss the winter storm, relief efforts, progress toward recovery and the incredible resilience shown by the people of Houston and Texas.”

“While in Texas, the president will also visit a COVID health center where vaccines are being distributed,” she said.

Psaki said more details of the trip are coming together and that the White House will have further information soon.

Last week’s winter storm caused billions of dollars of damage across the state. Millions of Texas went prolonged periods without power or clean water amid freezing temperatures. Dozens of deaths have been reported, though state officials say it could be weeks or months before an official death toll is known.