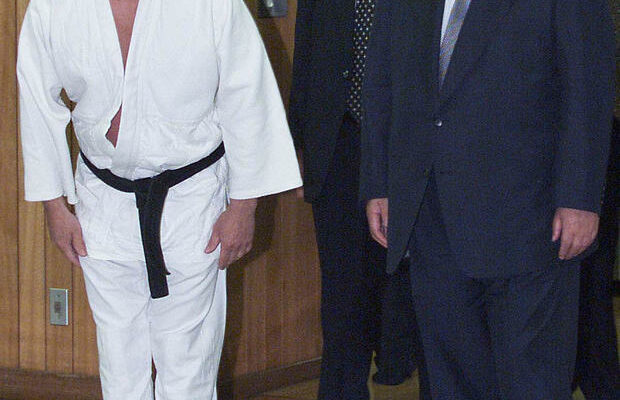 World Taekwondo, the international governing body of the sport, said that Russia’s attack on Ukraine goes against the group’s vision of “Peace is more precious than triumph,” as well as the values of respect and tolerance.

“In this regard, World Taekwondo has decided to withdraw the honorary 9th dan black belt conferred to Mr. Vladimir Putin in November 2013,” the governing body said.

Putin is among several people who have been awarded the honorary belt. Other 9th dan black belt holders include former U.S. President Barack Obama and Uzbekistan President Shavkat Mirziyoyev

World Taekwondo also said that Russian flags and anthems will not be displayed or played at their events, nor will those of Belarus, a close Russian ally.

No taekwondo events will be organized or recognized in the two countries for the time being, the organization said.

“World Taekwondo’s thoughts are with the people of Ukraine and we hope for a peaceful and immediate end to this war,” the organization said.

On Sunday, Putin was also suspended as the honorary president and ambassador of the International Judo Federation. The 69-year-old Putin is a judo black belt and co-authored a book titled “Judo: History, Theory, Practice.”

The sports world has become increasingly vocal about the Russian invasion of Ukraine in recent days. Also on Monday, FIFA and UEFA suspended all of Russia’s national teams and clubs from international soccer competitions. UEFA, which governs soccer in Europe, also announced that it was cutting its ties with one of its main sponsors, Gazprom, a Russian majority state-owned energy company.