Rams running back Cam Akers tears achilles, out for year – according to ESPN 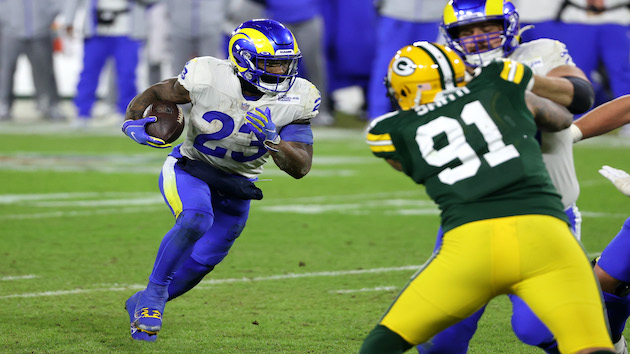 GREEN BAY, WISCONSIN - JANUARY 16: Cam Akers #23 of the Los Angeles Rams carries the ball in the second half against the Green Bay Packers during the NFC Divisional Playoff game at Lambeau Field on January 16, 2021 in Green Bay, Wisconsin. (Photo by Dylan Buell/Getty Images)

(LOS ANGELES) — Los Angeles Rams running back Cam Akers has torn his Achilles during a workout, according to ESPN’s Adam Schefter.

Further testing confirmed the injury, according to Schefter.

Akers is likely out for the season. The team has not announced the injury.