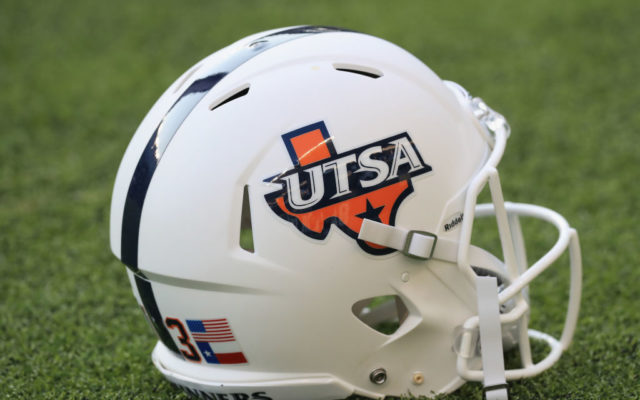 SAN ANTONIO (AP) — The University of Texas at San Antonio introduced a new policy this semester prohibiting students with a confirmed history of violence or sexual abuse from joining athletic programs.
Students who have been convicted, pleaded guilty or no contest to such crimes, even as a juvenile, will be banned from school sports teams, the San Antonio Express-News reported.
The university said Tuesday that the Tracy Rule prevents those students from receiving sports scholarships and participating in games and practices.
“Sexual assault and misconduct are never, ever acceptable,” UTSA athletics director Lisa Campos said in a statement. “By implementing the UTSA Tracy Rule, we are letting current and prospective student-athletes know that UTSA is a community where conduct off the field is just as important as conduct on the field.”
The policy is named after Brenda Tracy, an advocate for sexual assault victims, who reported being gang-raped in 1998 by four men, including two student-athletes.
UTSA has adopted this rule following a recent outcry over what some students have described as a prevalent rape culture at the school.
Senior Kimiya Factory said the rule is long overdue, but that it’s not enough. She helped organize the #ChangeRapeCulture movement at UTSA.
“They feel rushed. They feel not believed,” she said of victims. “And they feel discouraged from pursuing any actual action.”
Current student-athletes and UTSA transfers must fill out a questionnaire noting any history of violence or sexual misconduct.
Students can apply for a waiver, which must be approved by an advisory panel. If waived, a senior university official outside the athletics department must approve the recommendation.
Tracy’s visit to USTA in February made it easier for the school to make a change.
“I hope that other schools will follow their example and make student safety, accountability and transparency a priority,” Tracy said, “not just through their words but in policy reform, as UTSA has done.”
___
Information from: San Antonio Express-News, http://www.mysanantonio.com