Reading Out of the Pandemic And Into Freedom 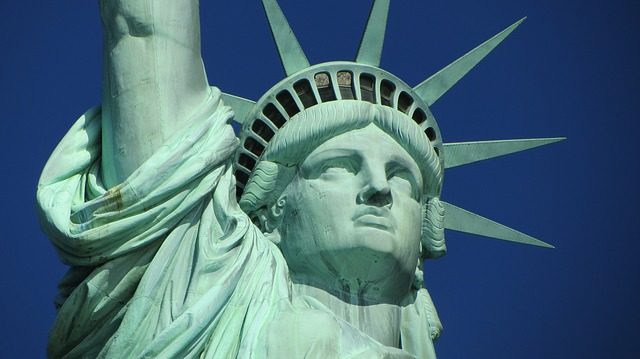 It may sound strange for a booklover to say this, but I think it’s a good thing if we’re reading a little less these days.

Books helped many of us, of all ages, get through the limitations of the past year-plus. They still matter, and I still tuck one under my arm anyplace I go, in case there a few spare moments or I’m detained between trips.  However, it’s a really good thing that we are getting back to all the people, places and things we’ve missed. And our books will be there when we want or need them. Here’s what’s I’ve been into over the last month or so…

“A Wanted Man” by Lee Child (2012) Jack Reacher’s picked up hitch hiking with a broken nose and nothing but the shirt on his back. The two men and one woman in the car defy any logical explanation he can come up with. Hours turn into days, and Child’s (usual) taut storyline doesn’t disappoint. Love the character and the stories.

“Dead Man’s Folly” by Agatha Christie (1956) The legendary detective, Hercule Poirot, is invited to play a small part at a “murder mystery” party at a country estate. A real murder interrupts the festivities, of course. In its time, it was one of Christie’s worst-reviewed novels. If you’re a fan like I am, you won’t enjoy it any less.

“Legacy of Ashes: The History of the CIA” by Tim Weiner (2007) Deserving of every award it won, Weiner’s exhaustive history is also exhausting, and not a little discouraging. There’s been a lot of incompetence. Every president since Truman has both needed and hated his CIA. By the end of the book, you will have a whole new impression of what’s possible, even if the agency is reformed. The author has done a lot of work here, and each new president and his team should have this book. A long, great read.

“COVID-19 Lockdowns on Trial” by Michael Betrus (2020) Much will be written about COVID-19, but this work should stand the test of time, Its narrow focus is on the costs and benefits of lockdowns. Conclusions are damning, but mostly left to the reader.

“Colonel Butler’s Wolf” by Anthony Price (1972) You’ll often find me reading dated, Cold War-era espionage novels. I don’t miss the Cold War at all, but some of the best fictionalized spycraft came from it, like Price’s “Audley” series. Each one is a gem.  In this ingenious plot, foreign agents are radicalizing young men at university to prevent them from becoming future leaders of British politics, industry, military, etc. Who’s doing it, and how to stop them? Post-Cold War spy novels almost always fall short.

“Deception” by Jonathan Kellerman (2010) Dr. Delaware and Det. Sturgis have a dead woman who taught at an elite private school (attended by the police chief’s son, no less). Oh, and she left behind a DVD with explosive accusations against her colleagues at the school. It would be easier NOT to find her killer, but that’s not Alex and Milo’s way.

“Second Skin” by Eric von Lustbader (1995) Set in Japan, and worldwide, the Nicholas Linnear novels were EVL’s best-known books (and my favorites). Now, he probably better known for taking over and continuing the Jason Bourne stories. Get yourself to a library or used bookseller and read every Linnear-series thriller. In order if possible. There’s no better beach or airplane reading for you this summer. I’m on my second re-read of them these days.

“Proof” by Dick Francis (1984) From one of my favorite mystery writers, this is one of my favorite Francis stories. As always the plot involves the British horse-racing world, but always in a different, non-formula way. His protagonist here, Tony Beach, is a wine store proprietor, and you’ll pull hard for him to survive the (very) bad guys.

“The British Are Coming: The War for America, Lexington to Princeton, 1775-1777) by Rick Atkinson (2019) Atkinson wrote a Pulitzer-winning trilogy of WW2 that is among the greatest works of history I’ve ever found. It was a no brainer for me to join him in his new “Revolution Trilogy”, of which this is the first volume. Just when you thought you could not possibly love this country more, you get lively portraits of events (Bunker Hill, Battle for New York) and people (Washington, Charles Lee, the Howe brothers). You see the revolution, your every sense is caught up. This is why we read history. In fact, this is why we read, period.

As always, please enjoy, and let me know if any of these recommendations please you. Always glad to hear from you at [email protected]