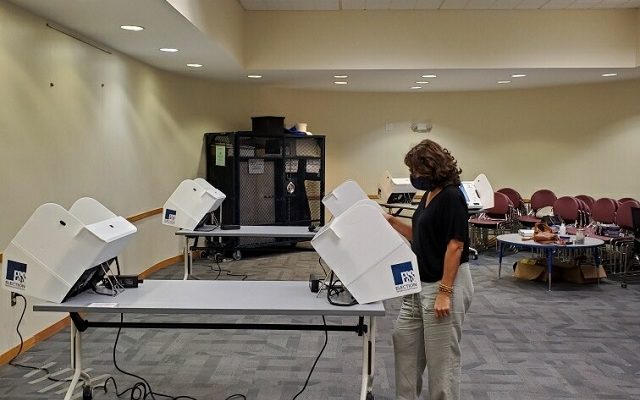 SAN ANTONIO (KTSA News) -With election day results starting to trickle in,  Becky Clay-Flores was leading Precinct 1 Bexar County Commissioner Chico Rodriguez in the Democratic Primary Runoff with 60 percent of the vote.   In the Republican race for the seat being vacated by Precinct 3 County Commissioner Kevin Wolff, Trish DeBerry was leading Tom Rickhoff with 55 percent of the vote.

John Austin had a commanding lead over the Chair of the Republican Party of Bexar County with nearly 68 percent.   Democratic Party Chair Monica Alcantara was holding on with  52 percent of the absentee and early votes.

In the race for the seat being vacated by Congressman Will Hurd, the early statewide results showed Raul Reyes leading Tony Gonzales with nearly 52 percent.  The winner will face Democrat Gina Ortiz Jones in November.  Jenny Garcia Sharon leads Guillermo Hayward in the Republican Primary runoff for the 35th congressional seat with 53 percent.

In the heated race for the Democratic nomination for U.S. Senator, MJ Hegar was leading Royce West with 52 percent of the votes counted so far.

You can get more Bexar County election results here.

Developing story…check back for more information