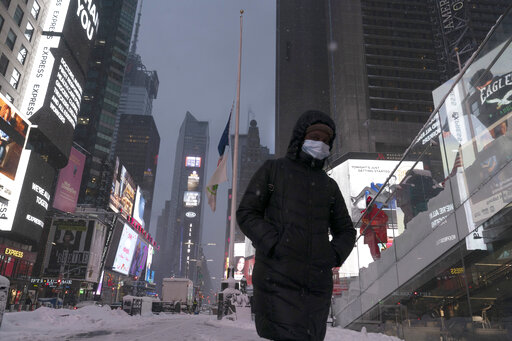 A large swath of the Northeast was blanketed in snow by the first major storm of the season, which smashed a decades-old snowfall record in Pennsylvania.

The National Weather Service in State College, Pennsylvania, said the Williamsport Regional Airport “made history” with 24.7 inches of snow.

Forecasters said that was the most snow from a single storm on record, breaking the previous record of 24.1 inches set there in January 1964.

In eastern New York, more than 2 feet of snow was measured by Thursday morning in suburban towns near Albany.

The snow caused poor road conditions in many states, prompting at least 50 crashes and disabled vehicles in New Hampshire.