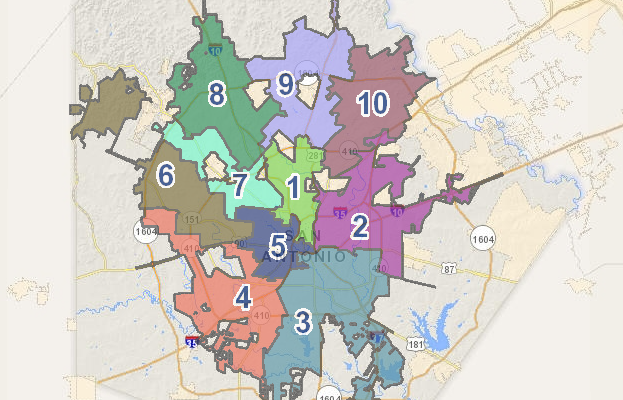 SAN ANTONIO (KTSA News) — The City of San Antonio outlined the process in which the city council districts will be redistricted this week.

City council districts are legally allowed to have a 10% maximum difference in populations and currently there is a variation of 34.61% between the most and least populous city districts, according to the recently released data from the 2020 Census.

“Clearly, San Antonio’s population has grown over the past decade.  The growth has led to population shifts among the districts.  Through redistricting the district boundaries will be adjusted so that we will have substantially equal population across each district.  The goal is to have equal representation across our community,” said City Attorney Andy Segovia. “The redistricting process will include a Council appointed Redistricting Advisory Committee and a community engagement process. Today’s briefing marks the first of many public discussions on this topic.”

The city will appoint an advisory committee later this month that will include 10 residents appointed by councilmembers in addition to three individuals who will be appointed by Mayor Ron Nirenberg.

The advisory committee will work with city staff and outside legal counsel to revise the geographic district boundaries and make a final recommendation by Summer 2022.

The goal, city officials said, will be to redraw the boundaries to maintain equal populations across all 10 districts while maintaining “communities of interest” and neighborhoods.