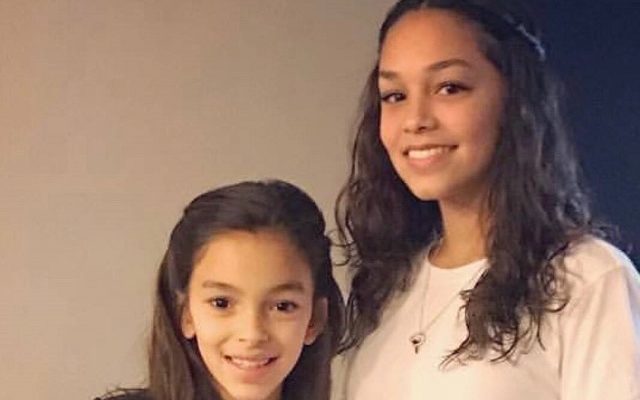 SAN ANTONIO (KTSA News) – On the day that London Bribiescas would have celebrated her 12th birthday, relatives are advocating for Red Flag gun laws.

Bribiescas, along with her sister and mother, were found shot to death at a home in the Anaqua Springs Ranch subdivision a year ago .  The case remains unresolved.  The Bexar County Medical Examiner has ruled that the death of Bribiescas’ mother was a suicide, but Sheriff Javier Salazar isn’t ready to say Nichol Olsen shot and killed her two daughters and then took her own life.

Salazar talked about the case Tuesday on the Morning News with Trey Ware on KTSA .

“Our medical examiner is second to none. I’ve got no reason to doubt that,” said Salazar. “But me, personally, I want more that one piece of paper in my hand telling me something.”

He says Olson’s boyfriend, who owns the home that he was sharing with Olsen and her daughters, remains a “person of interest,” but he’s not calling him a suspect.

Bribiescas’ aunt recently stated in an editorial published by the Express News that the gun used to kill Bribiesca, Olsen and Alexa Montez “did not belong in that home, regardless of who pulled the trigger.”

She’s advocating for red flag laws, which would prevent individuals with those types of histories from obtaining guns or having them in their possession during periods of crisis. Mancha-Sumners is urging people who support red flag laws to call members of Congress and reach out to groups like Moms Demand Action and Texas Gun Sense.

To honor her life, the Bribiescas family–with the support of their attorneys–are hosting a press conference to address local and state advocacy for Red Flag Laws.

Salazar told Ware he plans to meet with Hector Bribiescas.

“I’m going to personally sit down with Mr. Bribiescas and I’ll answer whatever questions I can at this point,” said Salazar. “I’m not going to be cryptic with him. I’m not going to sit there and try to be mysterious.”

The sheriff says the FBI is still looking into the case with resources that BCSO doesn’t have.

“I’m not ready to look him in the eye and tell him that Nichol killed these little girls because you know what? I’ve still got some stones left unturned,” said Salazar.