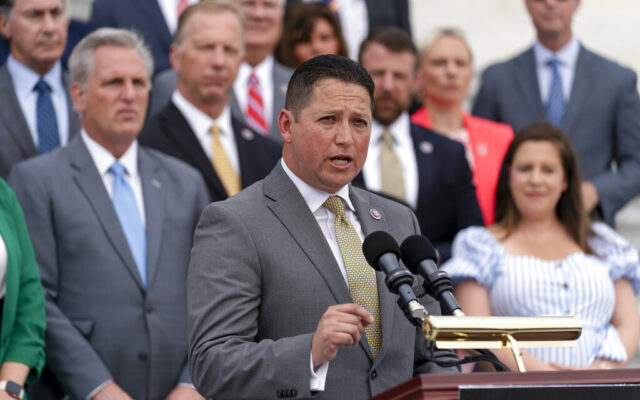 Gonzales told “CBS Mornings” on Wednesday that right now, the focus shouldn’t be on gun control policy, but instead should be focused on the families of the 19 children and two adults who were shot and killed at Robb Elementary School.

“I’m happy to debate policy, not today. I mean, today, we, my community is hurting. You know, politicians like to divide us. Leaders unite us and we need to be united right now as Americans because what happened in Uvalde, Texas can happen anywhere,” he said. “Right now, I’ve got families that don’t, that can’t identify their children. I’ve got folks that have to bury their children. I mean, these are the things that we’re working with.”

“I’m worried about the police officers that came out of that scene covered in blood, that have seen so much. They’ve got to get pulled off of the front line. I’m worried about the community in itself. I’m happy to debate policy another time. Today, we should be united. We should talk about the survivors as well as the victims,” he added.

Gonzales, a Republican, had previously voted against two gun reform bills including one that called for expanded background checks. He has also been vocal about his support for the second amendment.

Gonzales said that as a father, he wants his children — and all children — to be safe, and that school safety should be a conversation that Congress has. Right now, he is focused on helping the small community heal, and is focusing on making sure they have all the necessary resources they will need to move forward.

“This is my home. Uvalde isn’t a dot on a map for me. It’s not a political football for me. This is home. These people I know, these are my community. I represent them. I love them,” said Gonzales. “Right now, we need love. We need compassion. We need people to come together as we heal.”

In the last year, Gonzales had been working with Uvalde leaders, including local Democrats, to build the first mental health clinic in the city. Gonzales said times of tragedy bring people of all political beliefs together.

“When tragedy hits, it doesn’t determine if you’re a Republican or Democrat, voted, the color of your skin, who you pray to. This country, we need come together…together, not divide us,” he said.