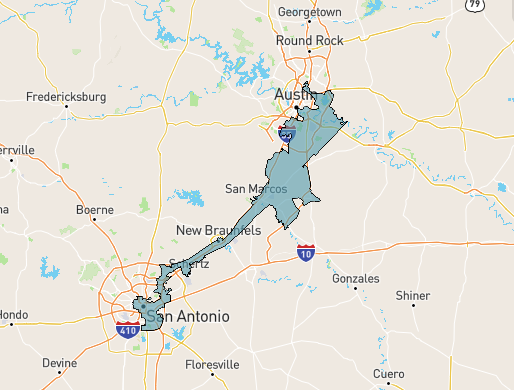 In the lawsuit, Fischer claims that the redrawn map violates Section 2 of the Voting Rights Act and that is discriminates against Latino voters.

“Redistricting is a political process, but it impacts the people who live in our community personally. Our representation in Congress determines not only the resources we receive, but also how quickly our needs are addressed and how they are prioritized,” Fischer said. “By denying Latinos in CD-35 the opportunity to elect a candidate of their choice, Texas has shortchanged our community of the representation it deserves and has willfully committed a Section 2 violation.

Congressional District 35 spans the I-35 corridor from Austin to San Antonio. The redrawn maps were approved by Governor Greg Abbott on October 25.

“The nature of redistricting is creating winners and losers. District lines change, incumbents gain new constituents, and communities are divided. This is inevitable. What should not be inevitable is the intentional discrimination against Latino, Black, and AAPI voters that we have come to expect from Texas Republicans in redistricting. That is why I am challenging the state of Texas over the loss of a Latino opportunity district in Texas Congressional District 35, in direct violation of Section 2 of the 1965 Voting Rights Act.

The redistricting process happens every 10 years following the release of new census data collected by the federal government.

The lawsuit filed today joins a number of already existing lawsuits, including one filed by the federal government last week.

The federal suit alleges the Lone Star State has “again diluted the voting strength of minority Texans and continued its refusal to comply with the Voting Rights Act, absent intervention by the Attorney General or the federal courts.”