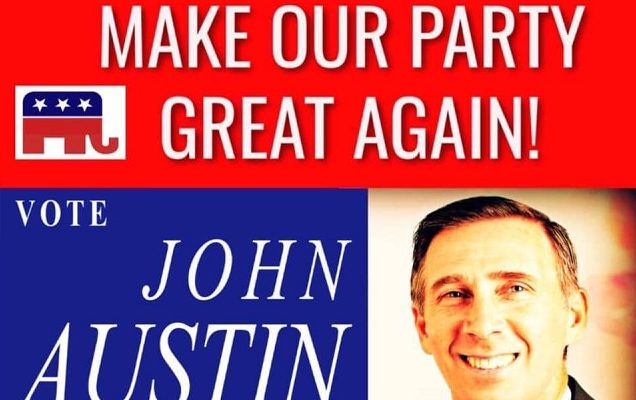 Sen. John Cornyn , Sen. Ted Cruz  and Gov. Greg Abbott had called on Brehm to resign after she suggested on social media that the the death of George Floyd at the hands of a Minneapolis police officer may have been a “staged event.”  She also claimed the coronavirus was a hoax conceived Democrats to undermine President Trump.

“Congratulations to John Austin on being elected Chairman of the Republican Party of Bexar County. John will lead the Bexar County GOP with integrity, principled leadership, and a commitment to conservative values,” the governor said.