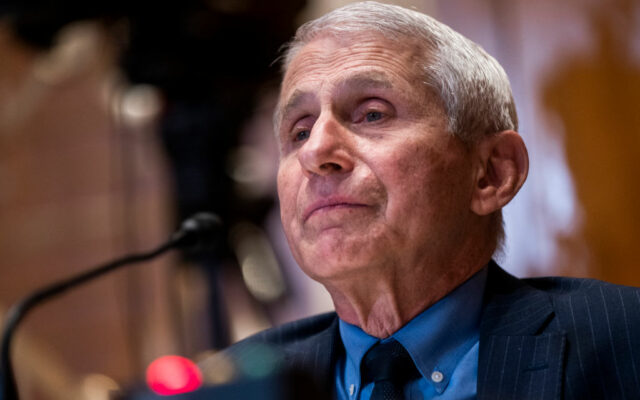 (WASHINGTON) — Dr. Anthony Fauci on Tuesday responded to Republican vows to investigate him after he steps down from his government roles in December, saying he would consider testifying but not submit to “character assassination.”

Top Republicans in Congress pounced on the news of his planned departure, saying if they retake the majority in the upcoming midterm election, they will grill the nation’s leading infectious disease expert about his role during the COVID pandemic.

“Dr. Fauci lost the trust of the American people when his guidance unnecessarily kept schools closed and businesses shut while obscuring questions about his knowledge on the origins of COVID. He owes the American people answers. A @HouseGOP majority will hold him accountable,” House Republican Leader Kevin McCarthy tweeted.

Sen. Rand Paul, who has had many public squabbles with Fauci, pledged to hold a “full-throated investigation into the origins of the pandemic.”

“He will be asked to testify under oath regarding any discussions he participated in concerning the lab leak,” he tweeted.

Sen. Ted Cruz of Texas also weighed in, saying on Twitter: “In January, a GOP Congress should hold Fauci fully accountable for his dishonesty, corruption, abuse of power, and multiple lies under oath.”

Fauci, the head of the National Institute of Allergy and Infectious Diseases who became a household name during the height of the coronavirus pandemic and later served as chief medical adviser to President Joe Biden, announced on Monday that he would be stepping down to pursue the next phase of his career after serving nearly 50 years in the federal government.

“While I am moving on from my current positions, I am not retiring,” Fauci said in a statement. “After more than 50 years of government service, I plan to pursue the next phase of my career while I still have so much energy and passion for my field.”

Fauci, who turns 82 in December, has said for months that he plans to step away from his public role as a national leader on the pandemic once COVID-19 reaches a “steady state.”

“Well, unless Dr. Fauci decides to seek asylum in some foreign country whose Powerball jackpot is 287 chickens and a goat, and therefore, which won’t enforce a subpoena from the United States Congress, then, Dr. Fauci, retirement or not, is going to be spending a lot of time in front of a congressional committee and committees if Republicans take back control,” Kennedy said during an interview with FOX News Monday.

He added: “We’re going to have a lot of questions and we’re going to subpoena him and expect him to answer. And I would not advise Dr. Fauci to put down a nonrefundable deposit on a cruise.”

Republicans – some of whom could become future committee chairs if Republicans retake the majority this fall — have also vowed to hold hearings to determine the origins of COVID and have said they believe Fauci may have concealed information and has told “multiple lies under oath” regarding the novel coronavirus’ origination. The pandemic’s origins remain controversial.

“It’s good to know that with his retirement, Dr. Fauci will have ample time to appear before Congress and share under oath what he knew about the Wuhan lab, as well as the ever-changing guidance under his watch that resulted in wrongful mandates being imposed on Americans,” House Minority Whip Steve Scalise said in a statement.

Rep. Cathy McMorris Rodgers, the top Republican on the House Energy and Commerce Committee, said in a statement that the committee will pursue answers and accountability regarding Fauci’s tenure with the NIH.

“As he prepares to leave his leadership positions at the White House and at the National Institutes of Health, I hope Dr. Anthony Fauci will work to provide more transparency to the American people. We need answers to many questions around the government’s failed COVID-19 pandemic response, how this pandemic started, and his role in supporting taxpayer-funded risky research without proper oversight in China…We need a full accounting of actions taken and decisions made to ensure these mistakes never happen again,” Rodgers said in a statement.

“To that end, House Republicans on Energy and Commerce will continue to pursue answers and accountability. Our oversight of Dr. Fauci’s tenure with NIH, the White House and leading NIAID will continue past his departure and until the American people have the answers they need,” she said.

Other Republicans have questioned the timing of Fauci’s departure, with some accusing him of “conveniently resigning” before a potential red wave of Republicans in the coming midterm election.

“Dr. Fauci clearly knows the Red Tsunami is coming this November which is why he is retiring before Republicans gain control of the House. Dr. Fauci, the highest paid US government official who has been in his appointed bureaucratic position since before I was born, is an example of an unelected Washington bureaucrat who was given far too much power throughout his career and caused irreparable harm to the American people,” House Republican Conference Chair Elise Stefanik said in a statement.

Rep. Andy Biggs, the former chair of the House Freedom Caucus, called Fauci a “coward” and said Fauci is “conveniently resigning from his position in December before House Republicans have an opportunity to hold him accountable for destroying our country over these past three years.”

Fauci responded to Republican critics on Tuesday saying he would “certainly” consider testifying before Congress after he steps down at the end of the year and dismissed their plans to conduct oversight as a “character assassination.”

“I certainly would consider that… I believe oversight is a very important part of government structure, and I welcome it and it can be productive. But what has happened up to now, is more of a character assassination than it is oversight,” Fauci said during an interview with CNN on Tuesday.

“So, sure, I would be happy to cooperate, so long as we make it something that is a dignified oversight, which it should be, and not just bringing up ridiculous things and attacking my character. That’s not oversight,” he added.

Fauci said the animosity towards him from some Republicans played no role “at all” in his decision to depart his role in government.

“Really, none at all. Not even a slight amount. I have nothing to hide. And I can defend everything I’ve done. So that doesn’t phase me or bother me. My decisions of stepping down go back well over year,” Fauci said.

He further reiterated that he had hoped to leave his post at the end of the Trump administration but stayed after Biden personally asked him to remain on board to support his administration’s COVID-19 response.

“I thought that was going to last about a year… that we would be having COVID-19 behind us after a year. But obviously painfully so, that’s not the case,” Fauci said. “I think we’re in a relatively good place with regard to COVID, if we utilize and implement the interventions that we have, and I just felt it was the right time.”