Researchers to study “long COVID” in thousands of survivors 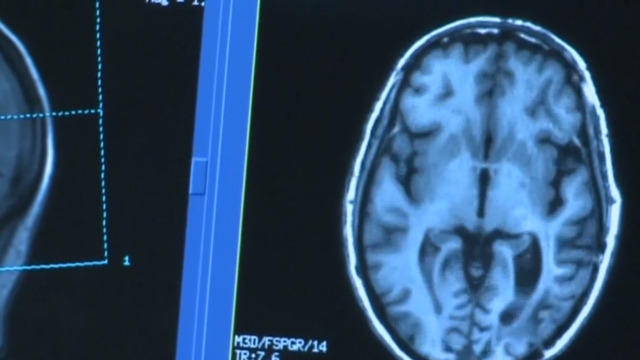 The National Institutes of Health announced Wednesday that it was awarding nearly $470 million to New York University Langone Health for research into the long-term effects of COVID-19 to ramp up an unprecedented national effort to study so-called “long COVID.”

The federal money will be divvied up by NYU to fund more than 100 researchers at institutions around the country, accelerating work to build a sweeping “meta-cohort” encompassing thousands COVID-19 survivors of various ages and backgrounds who are still experiencing symptoms more than a month after their initial infection.

“The only way we’re going to sort this out is with very large studies that collect lots and lots of data about symptoms, physical findings, and laboratory measures,” NIH Director Dr. Francis Collins told reporters at a briefing Wednesday.

Some COVID “long-haulers” report struggling with debilitating symptoms like extreme fatigue, headaches, dizziness, “brain fog” and difficulty breathing for months after their initial infection. Doctors aren’t sure what causes it. One theory is that traces of the virus may continue to “hide” in the body, while others believe it may result from the immune system going into overdrive.

The program, dubbed the RECOVER initiative — Researching COVID to Enhance Recovery — was first announced in February by the NIH, using a pool of money scientists had sought from Congress to research the risk factors, incidence and outcomes of long COVID.

Some of the studies that will report data to the initiative are already ongoing. The NIH had previously awarded funding to New York University and Massachusetts General Hospital to build the “infrastructure” of the effort, coordinating studies and organizing data from the projects.

Enrollment in the initiative’s new studies are expected to begin within the next few months, researchers said, with the aim of totaling some 30,000 to 40,000 people.

That’s several times larger than the 5,000 to 8,000 people typically included in these kinds of cohort studies said Dr. Gary Gibbons, director of the National Heart, Lung, and Blood Institute.

“We’re being a lot more ambitious here. And starting this off, kicking it off, trying to hit targets within the next 12 to 18 months after the appropriation. So this is really moving at a rapid pace, relative to most cohorts at scale,” Gibbons added.

“Very early on we had really no answers,” Hannah Davis, who has advocated for research for fellow survivors with long COVID, told CBSN in an interview earlier this month.

Sickened by the first wave of the virus in March 2020, Davis said she had faced ongoing neurological symptoms following her infection. Others have reported a wide range of effects, including fevers lasting over a year, Davis said.

“We still see a lot of researchers just focusing on symptoms. What are the symptoms of long COVID? We’re past that. We need to start getting into treatment and pathophysiology,” she said

The RECOVER cohort does not plan to study specific treatments for long COVID in the current phase of the effort, but researchers said it could lay the groundwork for future discoveries.

“We hope to identify therapeutic targets, and we plan to be able to use some of the same infrastructure that’s in place for this observational study for future clinical trials,” said New York University’s Dr. Stuart Katz.

Among the first questions that researchers hope to answer from the study’s participants is refining the very definition of long COVID, according to Katz.

Data on the frequency of long-term effects of COVID-19 varies widely, according to the Centers for Disease Control and Prevention, ranging from about 5% to 80% of infections. Those studies depend largely on how scientists defined what symptoms were considered true long COVID cases in the first place.

Earlier this month, the CDC reported survey data where two out of three respondents who had tested positive for the virus had symptoms lasting more than four weeks after their initial infection.

“If it’s the case that 10 to 30% of people will have some form of long COVID, we’re talking about millions of people,” said Collins.

Researchers abroad have also ramped up efforts to study the long-term effects of COVID-19, with one effort in the United Kingdom recently finding that vaccinated people with breakthrough cases of the disease were less likely to report long COVID symptoms than unvaccinated people.

“One of the really troubling aspects of this terrible pandemic might be the lingering of this long tail of effect on people who are not able to return back to their pre-infection state, and we need to do everything we can to get answers to that,” Collins said.