Review: Is Springsteen’s ‘Letter to You’ a goodbye note? 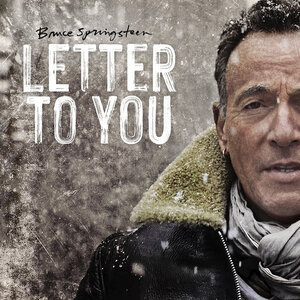 Has Bruce Springsteen written a “Letter to You” to say goodbye?

The Boss turned 71 just last month. Although his fitness, spirit and the actuarial tables would suggest he has plenty of music left in him, it’s hard to miss the valedictory feel and sense of loss that pervades this new album.

Its centerpiece is “Last Man Standing,” which Springsteen has explained was inspired by George Theiss, one of his mates in the teenage Jersey band the Castiles. Theiss’ recent death left Springsteen as the lone survivor of his first band.

He’s seen colleagues in the E Street Band fall, too, onstage foil Clarence Clemons most prominently, along with organist Danny Federici. He surely sees all of them by his side in the song “Ghosts,” where he sings, “Meet you brother and sister on the other side.”

Similarly, in the album’s concluding song, Springsteen sings that “death is not the end and I’ll see you in my dreams.”

For a man who once sang “Glory Days” to mock someone stuck in high school, Springsteen is now looking back himself. The difference is that instead of bragging of exploits, he’s reminiscing about the warmth and companionship a lifetime in music has brought him. There’s an undertone of precious time lost to the pandemic when you listen to “House of a Thousand Guitars.”

In that song, he yearns to “go where the music never ends,” and he’ll no doubt be joined there by the E Street Band. His old friends back him on “Letter to You,” doing something they’d never done before with a famed perfectionist as frontman: cutting the music essentially live in the studio in five days.

They can still make a mighty roar and that’s something to be appreciated, too. They’re not to be taken for granted. As Steve Van Zandt mentioned recently, who knows how many more of these albums are left in them, if any?

Three of the 12 songs here date back to the 1970s and almost seem written by another man, a youthful, ambitious Springsteen with Dylan-like imagery flowing out of him. Each of these rediscovered compositions stretch past six minutes.

The newer songs are more professional than inspired. Occasionally, they even slip into cliché; the “crown of thorns” phrase usually suggests a need to try harder.

He is not, by any means, a nostalgia act. Yet his well-received Broadway show and “Letter to You” suggest Springsteen now is less about pulling out of here to win than pulling back in to appreciate what he has.