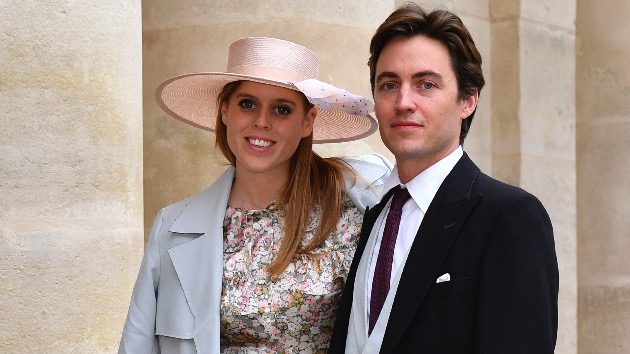 (LONDON) — Another great-grandchild is on the way for Queen Elizabeth.

“The Queen has been informed, and both families are delighted with the news,” the palace said in a statement.

Beatrice and Mapelli Mozzi’s baby, their first, will be the 12th great-grandchild for Queen Elizabeth and her late husband, Prince Philip, who passed away in April.

The queen currently has 10 great-grandchildren, with another — a second child for Prince Harry and Meghan, Duchess of Sussex — expected to be born this summer.

Beatrice and Mapelli Mozzi wed last July at the Royal Chapel of All Saints at Royal Lodge, Windsor. Their plan for a large royal wedding was canceled due to the coronavirus pandemic.

Instead they had a small wedding with only “close family,” including the queen and Prince Philip, attending, Buckingham Palace said at the time.

Beatrice, who is a stepmom to Mapelli Mozzi’s son, Wolfie, is the eldest daughter of Prince Andrew and Sarah Ferguson.

Beatrice’s baby will be the second grandchild for Prince Andrew and Sarah Ferguson.