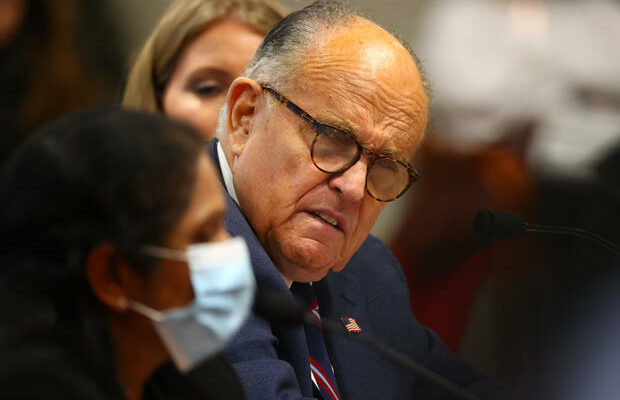 “[email protected], by far the greatest mayor in the history of NYC, and who has been working tirelessly exposing the most corrupt election (by far!) in the history of the USA, has tested positive for the China Virus. Get better soon Rudy, we will carry on!!!” Mr. Trump tweeted.

The former New York City mayor is the latest person close to the president to become infected with COVID-19, including campaign aide Boris Epshteyn, Donald Trump Jr. and Andrew Giuliani, Giuliani’s son. Mr. Trump and first lady Melania Trump contracted the coronavirus in October, while the virus spread throughout the White House for a second time just after the election, with White House chief of staff Mark Meadows among those infected.

Giuliani has spent the weeks after the November 3 election appearing in front of Republican state lawmakers, claiming the 2020 presidential race was rife with fraud and that GOP election watchers were deliberately denied the chance to observe the vote-counting process, allowing millions of illegal votes to be cast. But legal challenges brought by Giuliani and the Trump campaign have largely been dismissed, with federal and state court judges finding no evidence to support their claims.

Giuliani appeared maskless before a Michigan House panel Wednesday and then traveled to Atlanta, where he participated in a Georgia state Senate hearing on election integrity Thursday.