Russian analyst who worked on Steele dossier pleads not guilty 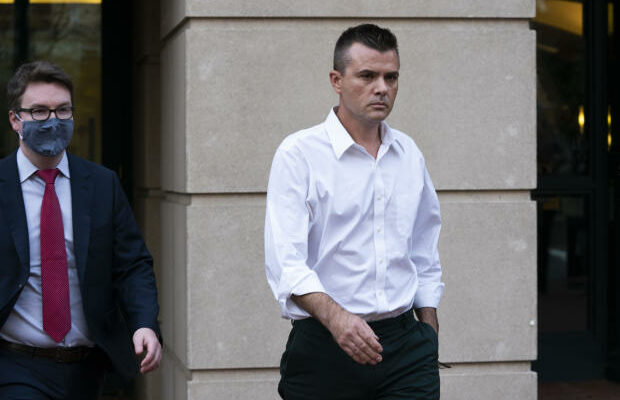 ▶ Watch Video: New documents give more information on Steele Dossier source
Washington — A Russian analyst who was indicted last week on federal charges of lying to the FBI during its investigation into Russian meddling in the 2016 presidential election pleaded not guilty to all five counts on Wednesday.

Following his arrest last week, Danchenko was released on a $100,000 bond, and he will remain free before trial.

The charges against Danchenko stem from an ongoing, wide-ranging probe from special counsel John Durham of the origins of the FBI’s investigation into possible ties between former President Donald Trump and Russia.

Danchenko worked with Christopher Steele, a former British intelligence officer behind the controversial dossier about Mr. Trump and Russia, and federal prosecutors claimed Steele “relied primarily” on Danchenko to collect the information that formed the crux of the allegations contained in the dossier.

Danchenko allegedly lied to federal law enforcement about the sources of information he provided to Steele’s firm, which was then included in the dossier, and made false statements to the FBI on five different occasions between March 2017 and November 2017, according to the indictment.

In one instance, Danchenko allegedly lied about his communications with an unidentified public relations executive about the allegations in the dossier. Prosecutors said Danchenko sourced at least one accusation in the report anonymously to the executive, who was said to have deep ties to the Democratic Party and served as an adviser to Hillary Clinton’s 2008 presidential campaign.

Before he was introduced to Steele in 2010 and hired as a contractor for his investigative firm, Danchenko worked for several years as an analyst at the Brookings Institution, where he focused on Russian and Eurasian geopolitical matters, according to the indictment.

The so-called “Steele dossier” was a collection of opposition research notes that contained unproven claims about Mr. Trump and his 2016 presidential campaign, some of which have since been shown to be false. Some of the accusations contained in the document were cited by FBI investigators in an application to secure a warrant to secure Carter Page, a former Trump campaign adviser, in October 2016, and then in subsequent surveillance renewal.

Steele was hired around June 2016 by a Washington-based investigative firm, Fusion GPS, to examine possible ties between Mr. Trump and Russia. Fusion GPS, in turn, was retained by the law firm Perkins Coie, which was representing the Democratic National Committee.

Paulina Smolinski contributed to this report.