Saints working 500 miles from home in Dallas after Ida evacuation 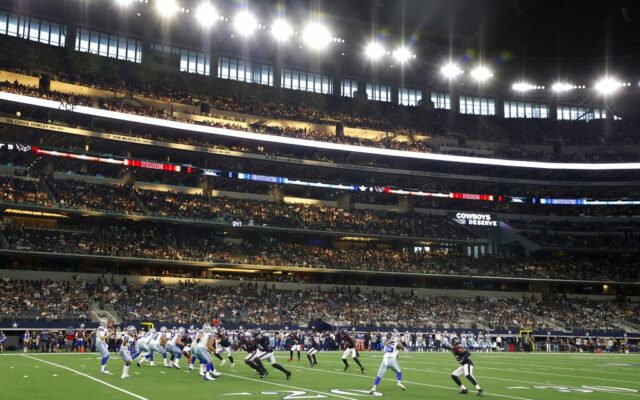 The Houston Texans play the Dallas Cowboys in the first half of a preseason NFL football game at AT&T Stadium in Arlington, Texas, Saturday, Aug. 21, 2021. (AP Photo/Michael Ainsworth)

Displaced by Hurricane Ida, the New Orleans Saints went back to work Monday about 500 miles away in the home of another NFL team.

Saints players and staff, along with about 120 family members, relocated to North Texas in advance of the storm that made landfall south of New Orleans on Sunday as a powerful Category 4 hurricane with winds of 150 mph, and left that entire area without power.

Coach Sean Payton said the team will practice through Wednesday at AT&T Stadium, home of the Dallas Cowboys. That comes before a previously planned break leading into the start of the regular season.

The Saints are then scheduled to resume practice next Monday, though Payton said that likely wouldn’t be at their headquarters in Metairie, Louisiana, even though initial reports from people there indicated that the facility handled the storm “overall pretty well.”

Payton said he had heard nothing about the scheduled Sept. 12 season opener at home against the Green Bay Packers that is to be played in the Superdome.

“Obviously we’ll have a plan B. And, you know, there are a lot of other things probably from a priority standpoint that are more important for our city,” Payton said. “But that all being said, you know, we fully anticipate starting the regular season with Green Bay and then the question would be where that game’s at.”

The arrival of Ida came 16 years to the day after Katrina devastated New Orleans. The Saints were forced to move for the entire 2005 season, setting up operations in San Antonio while playing home games there and in Baton Rouge at LSU. New Orleans also played one “home” game at Giants Stadium.

That was before the current regime led by Payton joined the franchise. The Saints went 3-13 in 2005, but spurred on by the quick restoration of the Louisiana Superdome, they went 10-6 and won the NFC South the next year.