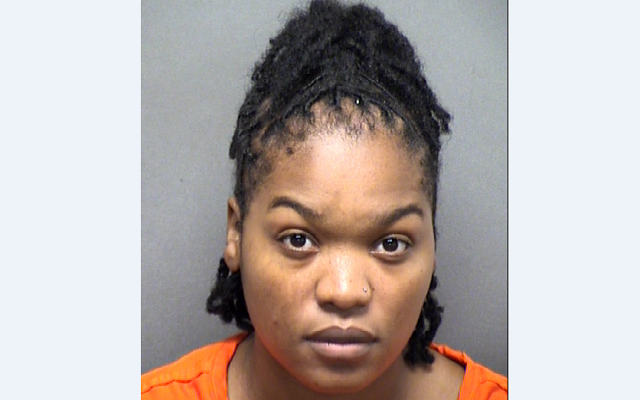 Jourdyn Parks, Founder of Reliable Revolutionaries, arrested and charged with child abandonment with intent to return/Photo-BCSO

SAN ANTONIO (KTSA News) –  A leader of Reliable Revolutionaries, a group calling for police reform, has been arrested and charged with child abandonment with intent to return.

No one answered the door, but the older child opened a window on the second floor and reportedly told deputies that her mother was at a Black Lives Matter meeting. He said it was “heartbreaking” that the little girl who was talking to deputies spoke like an adult “mature beyond her years.”  She told them that their mother would leave them alone often.  The individual who called deputies accused Parks of leaving the children alone all day and claimed that Parks would give the kids medicine so that they would sleep while she was away.

Deputies entered  the home Wednesday through the back door which was unlocked and described “deplorable” conditions with human feces on the floor and old food.

“It was a lot of old food wrappers that were gathering insects,” said Salazar.

Deputies tried to contact Parks, but were unable to.  Salazar said she arrived about three hours later and told officers that she had been running errands.