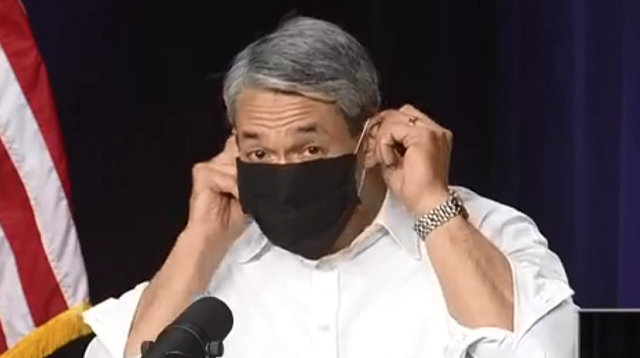 SAN ANTONIO (KTSA News) — First, it was Bexar County, now commercial businesses in San Antonio that provide goods and services to the public will have to require employees and customers to wear face masks as COVID-19 numbers continue to surge.

“We’ve seen the numbers in the hospitals go up.  We’ve seen the infection rates go up, and we’ve seen them accelerate to a point where  we need to make sure that everyone is doing their part to remind ourselves that this is not a fight that we can let up on,” said Nirenberg.

The order goes into effect Monday, June 22, and businesses that fail to comply could be fined up to $1,000.

This requires that all businesses in San Antonio require face coverings of their employees and visitors where appropriate physical distancing is not possible. pic.twitter.com/8ZVATpIrP5

H-E-B has announced that the grocery store chain on Monday will reinstate its policy that requires customers, as well as employees and vendors, to wear face coverings.

Governor Greg Abbott has doubled down on his decision  to prohibit Texas cities and counties from imposing penalties on individuals who do not wear masks, but he apparently isn’t fighting Wolff or Nirenberg on this one.  KTSA News obtained a statement from Abbott’s office concerning the local orders issued Wednesday.

“Judge Wolff’s order is not inconsistent with the Governor’s executive order, said  Abbott’s Communications Director John Whitman. “Our office urges officials and the public to adopt and follow the health protocols for businesses established by doctors that are available at open.texas.gov.

The order issued by Wolff and adopted by Nirenberg states that individuals 10 and older shall wear face coverings in public when social distancing is not possible, but there is no penalty for not doing so.