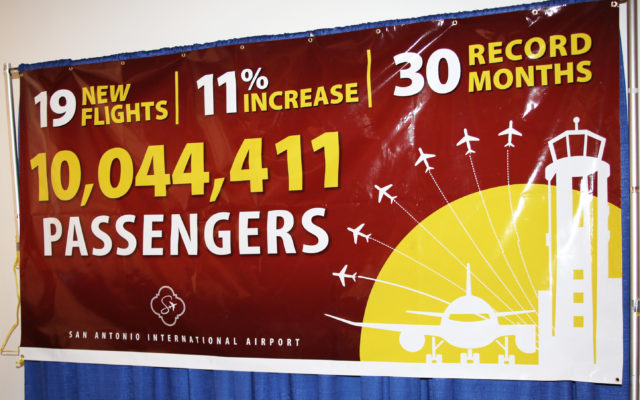 The airport says each month saw year-over-year growth.  The record-breaking figures were helped by airlines adding daily capacity to their flights, four new flights to existing routes and 15 new flights to new destinations.

“A lot of factors contributed to this amazing milestone: the economy, demand for domestic and international travel, hosting wonderful events like the NCAA Men’s Final Four and our great relationship with air carriers,” said Russ Handy, Aviation Director for the City of San Antonio.

The airport also saw growth in cargo traffic with more than two million pounds of cargo flying in and out — the best total since 2010.

“In 2016, we were tasked to embark on an air service development plan that targeted 15% capacity growth in five years. We exceeded that goal in just two years. None of this could have been possible without the partnership between our community, airline partners and airport team all working together towards one goal,” said Brian Pratte, Chief Air Service Development Officer.

The airport saw 9 million passengers for the first time in 2017.